Against the backdrop of the so-called safety net hospital (those with heavy Medicare, Medicaid claims utilization) as a healthcare-related industry and campaign ’12 meme, there is interesting data out in JAMA this week that either supports Mitt Romney’s assertion that the “very poor” are taken care of in this country quite adequately, or there is reason to believe that P4P measures (or, at least the idea, anyway) are superficially quite similar in non-safety net acute care centers in terms of ultimate patient dispositions.

Researchers studied whether patients were admitted to the acute hospital within eight hours ED admission or if they were to be discharged, transferred or moved to observation within four hours of coming to the ED. They found that 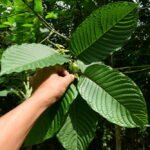 compliance with proposed ER length-of-stay measures for admitted, discharged, transferred, and observed patients to not differ between safety-net and non-safety-net hospitals

Although length-of-stay (LOS) data is interesting, it is not compelling — quite limited in its implications, actually. Currently there is no “accepted” ED LOS strict guideline in the U.S. Digging deeper into this study (abstract-only text cited above available without a JAMA susbscription), one can infer more from the upper decile of data — in which LOS significantly increased among both types of institutions (10-15 h in length), the authors citing mostly acute patient decompensations in mental illness as the reason for protracted admission LOS.

Still, the trial provides renewed attention over a surrogate care parameter just a few years ago was hailed as an agreeable target upon which to base healthcare reform on spending within the government sector. These days, the study may only serve as yet another reason why P4P as a quality measure is so derided by many as the ACA is just beginning to take hold.

When Should a Doctor Fire a Patient?