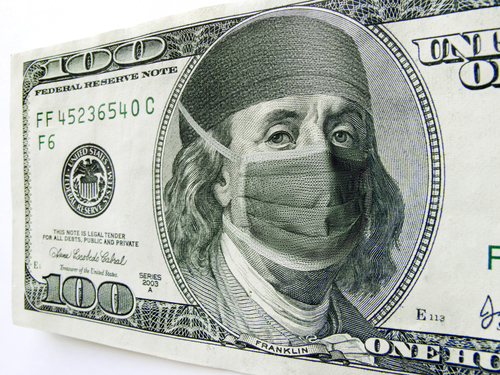 Well, we’ve come to the end. This is the final post in the multi-part series on the Burr-Hatch-Upton proposal known as the Patient CARE Act. This one is all about taxes. Specifically, it’s about repealing all of the taxes introduced under the Affordable Care Act (ACA), and introducing new taxes to replace them. The focus of the proposal is on “a distortion in the tax code–the unlimited exclusion from a worker’s taxes of employer-provided health coverage.” The proposal underscores that this is “important because economists across the political spectrum largely agree that the current distortion in the tax code helps to artificially inflate the growth in health care costs.” They’re right. It does.

During the second World War, there was a shortage of workers, and Congress also enacted a wage freeze that made it difficult for employers to compete for the limited supply of employees by paying them more. They found a loophole though. By offering employees benefits, including health insurance coverage, firms were able to recruit good workers. After a few years, Congress passed a law making these health insurance benefits tax exempt for both the employee and the employer. Making employer-sponsored health insurance tax exempt is akin to subsidizing it (from the government’s perspective), and it resulted in people purchasing more health insurance than they might have otherwise. Then, having the additional insurance, they became more likely to utilize health care and utilize more of it, which fueled the increase in costs in two ways: First, insurance shielded people from actual prices, so prices increased more rapidly than they would have otherwise. Second, utilization increased. Health care expenditures are simply the product of prices and utilization.

To address this issue, the ACA instituted the so-called “Cadillac tax” which, as the Burr-Hatch-Upton proposal states “imposes an across the board 40 percent excise tax on the benefit plans above its stated limit regardless of an individual’s income.” This tax is charged to insurers (or employers in the case of self-insured firms) in hopes that they will stop electing to provide such generous health insurance coverage. Of course, there is nothing to prevent an employer from passing these costs on to their employees, but it seems like they’d probably not want to touch their wages and would first elect to scale back their benefits. By contrast, the GOP proposal “caps the tax exclusion for employee’s health coverage at $12,000 for an individual and $30,000 for a family.” These amounts are indexed to the consumer price index plus 1 percentage point to account for inflation.

So, looking at these two options side-by-side, we have the current law, which charges insurers a 40% tax for overly generous insurance plans to discourage their issuance, and we have a proposed law that would require any individual whose insurance coverage costs more than $12,000 (or $30,000 for family coverage) to pay taxes on the amount of coverage above those levels as if it were income. What this guarantees is a shift in the tax burden from the insurer to the employee. Therefore, the proposal’s claim that “middle-class families with employer-sponsored coverage would fare better under our proposal than under ObamaCare” is not true. In the worst case scenario, the Cadillac tax and the cap on tax exempt benefits are practically synonymous, with the primary difference being that the GOP proposal actually raises the level for tax exemption (or thought of differently, it keeps the Cadillac tax, but raises the threshold for what is defined as a Cadillac plan).