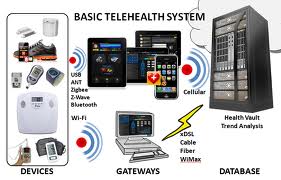 Telemedicine Is Expanding But Faces Obstacles Summary: As a result of the ACA and the increase in patients while the physician shortage is magnified, efforts are under way to address the lopsidedness of supply and demand. One of those efforts is telemedicine.

Summary: As a result of the ACA and the increase in patients while the physician shortage is magnified, efforts are under way to address the lopsidedness of supply and demand. One of those efforts is telemedicine.

The History of Telemedicine

The influx in individuals who are recently eligible for insurance coverage has added fuel to the fire in terms of the number of physicians who can provide care. Telemedicine is expanding in popularity and use as a means to address this issue, while also reducing healthcare costs and increasing both accessibility and affordability. Telemedicine gained exposure initially by being implemented in rural areas, in which access to in particular specialists was extremely sparse. Today the boundaries of telemedicine are almost limitless, extending to physicians actually performing surgeries using remote robotic technology.

Telemedicine is a means in which a physician and a patient can interact generally through methods of web conferencing, which may include Facetime and Skype as well as other means. A recent survey from the UK’s Department of Health outlines telemedicine can bring about 15% reduction in emergency room visits, 14% reduction in elective admissions, and 14% reductions in bed days.

While telemedicine unquestionably has tremendous benefits or potential benefits, there are a few roadblocks.

Telemedicine is certainly on the rise. The potential benefits and uses are almost limitless. Of course with almost anything, there are barriers to overcome. CMS, other agencies, and branches of legislation are working diligently to ensure the success of telemedicine. It will be an interesting facet to follow over the next couple of years.

What has been your experience, successes, challenges you and your organization have encountered? We would love to hear your thoughts and/or any best practices you may have established.