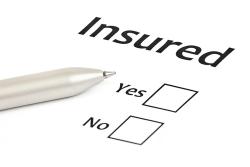 Uninsured Rate Has Fallen, But May Soon Increase While there are plenty of valid reasons to be skeptical about the Affordable Care Act, regardless of where you fall on the political spectrum, it’s hard to argue that imposing an individual mandate to purchase insurance won’t result in more people obtaining coverage. According to the results of a recent survey conducted by the Centers for Disease Control and Prevention (CDC), that’s precisely what’s happened.

While there are plenty of valid reasons to be skeptical about the Affordable Care Act, regardless of where you fall on the political spectrum, it’s hard to argue that imposing an individual mandate to purchase insurance won’t result in more people obtaining coverage. According to the results of a recent survey conducted by the Centers for Disease Control and Prevention (CDC), that’s precisely what’s happened. Based on results of the National Health Interview Survey, researchers at the CDC estimate that nearly 4 million people gained insurance coverage from January to March of 2014.

Of course, we also know that people tend to procrastinate, and that consequently, there was a surge of last-minute sign-ups occurring in March. Those newly insured individuals aren’t accounted for in the CDC’s findings, and other estimates that include those individuals put the number of newly insured at between 8 and 10 million. Even then, as Jonathan Gruber is quoted saying in the New York Times, “This is really a three-year process of implementation….Trying to draw strong conclusions from one quarter of one year is impossible.” The bottom line is: The early indications are that more people have coverage, and things seem to be moving in the right direction. But let’s not get ahead of ourselves.

According to another report, the end of the third quarter may bring a slight uptick to the number of uninsured. Apparently, Uncle Sam has actually been checking on the information people submitted through Healthcare.gov when they signed up for coverage. As it turns out, the Centers for Medicare and Medicaid Services (CMS) found that nearly 1 million people had issues documenting their status as U.S. citizens. Most of these people were citizens, complied with requests to submit proper documentation, and have kept their coverage.

But there are still 115,000 people who have failed to submit documentation by the government’s September 5th deadline. As I’m writing this, these people have two weeks to get their documentation in order. If they do not do so by September 30th, they will lose their coverage. On top of this, more than 350,000 other people–who are unquestionably U.S. citizens–may lose their federal subsidies that lowered the cost of their insurance, because they didn’t submit verifiable proof of income to the government. Together, this represents nearly one-half million people that could be at risk of going without insurance once again after only part of a year.

The issue is whether the discrepancies in documentation are accurate reflections of reality. If someone is an undocumented immigrant, the law is clear that they are not entitled to purchase health insurance through the exchange. Likewise, if someone makes more money than they claim, the law is clear that they are only entitled to the amount of subsidy that corresponds to their actual income. So, if the failure to provide verifiable documentation is legitimate, then by denying these individuals coverage, or eliminating their subsidy, the government is simply correcting a mistake it should not have made to begin with. That is, these people should never have qualified for coverage or a subsidy.

However, we know all too well the technical issues that Healthcare.gov has experienced, and many people are claiming that they have tried to upload their documentation electronically without success. If the fault lies with a federal website that continues to experience glitches, it isn’t appropriate to deny people who are lawful residents of the U.S. and/or who have accurately reported their income to be denied coverage. Which is the case? I can only speculate, but I’d be willing to bet it’s a mixture of both. What I do know is that this is one more wrinkle in a complicated implementation process. But, to paraphrase Dr. Gruber, we’ve got at least two more years to iron things out.