Consultants in Portland, Maine, have concluded the value of rural hospitals is linked to ED utilization.  I agree but not in the way you might think.

Consultants in Portland, Maine, have concluded the value of rural hospitals is linked to ED utilization.  I agree but not in the way you might think.

In the article on HealthLeaders Media, titled ”Value of Rural Hospitals Linked to ED Utilization,” John Commins reports that iVantage Health Analytics challenges the perception that rural hospitals don’t provide the same level of care delivery value as urban hospitals.  An executive with the consultant firm says they didn’t see gigantic differentiation “between urbans and rurals.”

As John Commins points out early in the article, it’s dangerous to try to make comparisons between big city hospitals and those in small towns because there are so many differences.  And I would certainly second that.  What the consultants compare this time are the costs of ED service.  They found that rural costs are 2.7% less than the urban ones.  In addition, rural physicians get 18% less and rural hospitals receive payments that are 2% lower.  Doctors and hospitals in big cities get more money.  That’s a surprise!?!?

Buried in the story is a telling quote: “We also see the severity level of patients in the rural EDs being lower than that of patients attending any emergency department.”  Let me tell you why that is.  Patients in the small towns KNOW the hospital’s limitations by reputation.  Hospitals in rural areas have few, if any, specialists.  People with serious problems merely bypass the local hospital on the way to full service centers in the nearest urban area.  How do I know that, you might ask?

Because healthcare providers and executives at a small and a medium-sized hospital have told me that was the case BEFORE they embarked on telemedicine programs.

Prior to December, 2009, patients presenting at the Emergency Department with cardiac problems were transported by emergency helicopter to Tucson because the small acute care, critical access hospital has no specialists on staff.  That month, the Copper Queen initiated a telecardiology program that enabled Tucson cardiologists to assess patients telemedically.  Six months after the program started, the Copper Queen counted 36 patients who had shown up with cardiac issues.  In the past, they would have been flown to Tucson via emergency helicopter for a two or three day in-hospital evaluation.  The chopper flights cost $10,000 and the hospital work-ups cost about $10,000 as well.  Thanks to the hospital’s GlobalMed telemedicine solutions, only nine of the 36 patients had to go to be flown to Tucson, saving more than $500,000.  Those nine were usually kept for observation and released with heart monitors and/or medication.  Thanks to the telemedicine program, their families were not forced to drive to and from Tucson, 90 minutes to 2 hours each way, saving them time, gas, food and lodging expenses.  Due to the success of the telecardiology program, the Copper Queen has added teledermatology, telepulmonology, telestroke, teletrauma and plans to have to a teleburn program, using the same equipment with which they started.  The ability to provide specialty care has improved the hospital’s reputation among Bisbee residents.  They know they can now go there for more serious problems and receive quality care.

The FMC began its telemedicine program when it joined the Mayo Clinic’s Telestroke Network.  It is one of nine smaller hospitals in Arizona that can now provide neurological assessments via telemedicine to potential stroke patients presenting at its ED.  The FMC is THE major medical center for the northern half of the state.  Before adopting telemedicine, stroke patients were driven or flown to Phoenix for treatment.  A two-hour trip from Flagstaff to Phoenix cuts into the generally recognized three-hour window for successful thrombolytic care with clot-busting drugs like tPA, tissue plasminogen activator.  Hospital officials told me people would not even stop in Flagstaff if they needed care for stroke.  Now, word has spread about the successes of the Mayo Network and the FMC is the destination for people displaying stroke symptoms.  And, the FMC also uses GlobalMed solutions to connect with Mayo telestroke neurologists.

What the consultants found regarding hospital admissions supports what I’m saying.  The report says rural ED visits result in less  than half the hospital admissions than in other national benchmark reports of  all hospitals.  Why would they if the patients go directly to the larger hospitals or the smaller hospitals transfer them because they can’t take care of their problems? 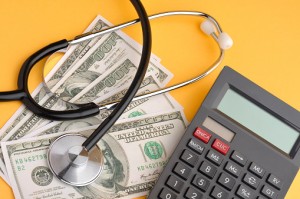 How Hospitals can Obtain Financing in a