As commented on The Health Care Blog

As commented on The Health Care Blog 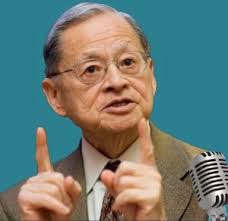 In the late 1980s Hsiao supervised and analyzed a study of expenses in medical practice which specifically analyzed services by physicians accounting for physician time, overhead, capital outlays, malpractice and other physician overhead items.

He developed the RBRS scale based upon RVUs (relative value units). The formula was based upon a survey and analysis of practices among different specialties, in different locales in the United States. The current system of fees is based upon these units coded for by the CPT codes (current procedural terminology).

I am very familiar with this since my ophthalmology practice was one of those in the 1989 survey. My opinion is that whatever input was put into that study….the output was pre-determined.. My evaluation of the figures garnered from the study bore little resemblance to what I found in my typical solo ophthalmology practice.

The RVBRS methodology set off a wave of high specialty fees vs primary care physician fees, based upon Hsaio’s flawed methodology Move forward 30 years to 2011 where the disparity between PCP fees and specialty fees is now even greater. For one thing there are many more procedures available to specialists as the explosion in technology took place. By comparison there have been few changes available to PCPs. I am not even sure if the RVUs were adjusted over the past 30 years.

The increasing divide between specialty and PCP reimbursement can be squarely placed at the feet of “Harvard superstars”.

Harvard’s academic staff is always available for another study, or to evaluate and/or pontificate about things surrounding the Boston region. Vermont borders on and touches a good part of Massachussetts.

Vermont may be bold, however it is far different in demographics and/or challenges delivering health care.

Using Vermont as a ‘representative’ case for health reform is comparing apple’s to oranges, or at least disingenuous. Any statistician can easily negate the results of this ‘pilot example’.

Other confounding metrics are:

1. Vermont has largely been untouched by multiculturalism

2.It is predominantly a rural state.

3.The population is not mobile, nor immigrant, it is uniform and fairly homogeneous.

4.What is bold about Vermont is that it is highly atypical.except for a few      other states such as Wyoming, Montana, No. & So. Dakota,