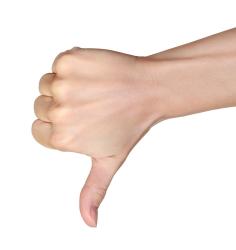 The Wall Street Journal’s Op/Ed page has always been very conservative, but traditionally the news sections have been balanced and objective. When Rupert Murdoch took over the Journal a few years back, an Australian friend warned me that objectivity in the new section would soon be out the window.

The Wall Street Journal’s Op/Ed page has always been very conservative, but traditionally the news sections have been balanced and objective. When Rupert Murdoch took over the Journal a few years back, an Australian friend warned me that objectivity in the new section would soon be out the window. Overall I have been fairly happy with the Journal under Murdoch’s ownership. Obviously it would have been unrealistic to expect everything to stay the same; Murdoch’s team has done a good job of adding new features even if some of them are a little fluffy.

But in recent months I’ve noticed that the Journal is going out of its way to undermine the Affordable Care Act on the news pages. Sometimes it’s by slanting real news stories negatively. Other times –like today’s front page article Patients Cram In Tests Before Health-Law Start, it’s by making up news out of nowhere.

Thousands of people are cramming in tests, elective procedures and specialist visits before year’s end, seeking out top research hospitals and physician groups that will be left out of some 2014 insurance plans under the new health law, health-care providers say.

Many insurers offering plans under the law are slimming down their networks of doctors and hospitals in a bid to lower the cost of policies, which begin coverage Wednesday.

The article continues with a discussion of how more of the plans being sold on exchanges feature narrow networks and often exclude high-priced academic medical centers. The story includes a few anecdotes supplied by high-priced hospitals about patients deciding to get surgery or a colonoscopy this year instead of next, but there’s no data presented to back up the assertions.

The implication is that patients are rushing to use their “good” health insurance before Obama takes it away. But this really doesn’t make a lot of sense. Reading between the lines –or more literally the first word “thousands”– I don’t think the editor actually believes this is a real story either.

Think about it. There are more than 300 million people in this country. It’s front-page news that “thousands” are supposedly getting care a little sooner than planned? In addition, the logical chain is pretty weak. Every year people rush to use up their benefits or just push to get things done around the end of the year when they have time off of work. Many of the people getting coverage on the exchanges are newly insured –so their access is increasing, not narrowing. Even those who are getting narrower networks are likely saving significant dollars on their premiums. And isn’t it actually a good thing that the Affordable Care Act is increasing competitive pressures on high-priced providers, who now must do more to show that they are actually better or be forced to bring their pricing into line?

It’s sad to see the Journal fall to this level.