Why Doctors Tend to Overtreat

by malpani 6 min read
Doctors are mentally medical experts and we trust that they will provide us with the right advice when we have a medical problem. Unfortunately, sometimes doctors do not provide the right advice – but this is not because they want to cause harm, but rather because of the way they are trained and the way the medical profession has been set up.

Doctors are mentally medical experts and we trust that they will provide us with the right advice when we have a medical problem. Unfortunately, sometimes doctors do not provide the right advice – but this is not because they want to cause harm, but rather because of the way they are trained and the way the medical profession has been set up.

I recently saw an asymptomatic patient who had a large single 8 cm fibroid in her uterus. Fibroids are common benign  tumours in young women and are a result of the multiplication of the smooth muscles cells of the uterine wall. She was advised surgery to have the fibroid removed. She was 24 years old and wasn’t planning to have a baby for another year . She had just gone for a routine examination , and on feeling her abdomen , her doctor noted that her uterus was enlarged . She suspected she had a fibroid, and an ultrasound scan confirmed this diagnosis. She advised her that she needed it removed. She went to a gynecologist for a second opinion , who agreed that she required the surgery , and that’s why she had come to me.

I explained to her that the natural history of fibroids can be extremely variable . Many of them, even though they are large , often don’t cause symptoms or  problems . They don’t always increase in size and are definitely not cancerous . If she was asymptomatic , one option was to leave it alone .

She was concerned as to what the impact of the fibroid on her fertility and her pregnancy would be. The earlier gynecologist had scared her that the fibroid would interfere with her fertility ; and could also cause a miscarriage , in case she did get pregnant , because it would compress the baby during the pregnancy.

I explained to her that the problem with doctors is that they only look for problems ! After all, it’s only when people have problems that they start thinking of themselves as patients and seek out a doctor. All the women who have fibroids but are symptom-free and have uncomplicated pregnancies never need to go to a doctor , as a result of which doctors are often not aware of the fact that lots of these fibroids never cause any problems during pregnancy . This is why the natural history of some of these conditions is hard to study . Asymptomatic people don’t seek medical attention , and are therefore difficult to find and to follow-up.

This is why doctors often have such a jaundiced view of life . They expect that any abnormality which they find on a routine examination or scan will cause medical problems. Actually , this is completely skewed logic . Because doctors only see patients with problems , any abnormality which they find during their examination of a patient is likely to be clinically significant. However, the significance of exactly the same finding in an asymptomatic person is completely different. Lots  of completely healthy, normal people will also have abnormalities , which do not get picked up because they never need to go to a doctor for an examination in the first place. This bias results in a “ tip of the iceberg phenomenon” so that doctors will conclude that any abnormality which they see ( irrespective of whether or not the person has any complaints) needs to be treated.

Unfortunately , not only does this lead to a lot of overdiagnosis , it leads to overtreatment as well – and sometimes this treatment is not always benign . Many medical procedures can  end up causing more harm than good. Surgery for removing a fibroid ( myomectomy) can cause scarring ; adhesions , and bleeding – and sometimes even lead to a  hysterectomy, if the doctor needs to control excessive blood loss ,

Part of the problem is that patients expect doctors to be experts – and because doctors treat themselves as being experts who know everything there is to know about any medical problem , they will often not acknowledge the limits of their own knowledge . We refuse to accept that we have large areas of ignorance, because we only get to see patients who have symptoms – and do not have the opportunity to study the natural history of these lesions in asymptomatic healthy people. 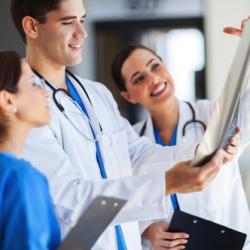 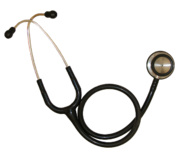