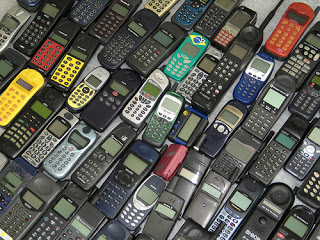 The market for mobile health apps is forecast to grow 70% over the next five years, to $392 million. Beyond improvements in technology there are several factors fueling this blistering growth.
A sampling of mobile health apps for diabetes
Given the market size and the importance of disease monitoring and management, health apps for diabetics are among the most important being developed.  The popular DiabetesMine blog does a nice job profiling the dozens of options available to patients.  Some apps that have garnered significant attention include the following:
In 2010 WellDoc received FDA clearance to market  its DiabetesManager.  The software based app includes a medication adherence program and real-time transmission of blood glucose data to physicians.  In a 12-month randomized controlled trial, whose results were published in the September 2011 issue of Diabetes Care, patients using the WellDoc app in addition to their usual care recorded a statistically significant decline in their glycated hemoglobin levels during the study period.  Patients must use this phone-based system in partnership with their healthcare providers.
The Glooko iPhone app introduced late last fall, enables patients to more easily record and report their blood glucose readings.  By connecting their existing blood glucose monitor to an iPhone via a cable patients can use the app to send their readings to physicians by email or fax.  The iBGStar blood glucose monitor from Sanofi-Aventis cuts the cable by plugging directly into a patient’s iPhone.  The monitor also received FDA clearance in December 2011.
Another high tech solution to blood glucose monitoring was reported last week by Walter Mossberg ,  a technology columnist fo rthe Wall Street Journal, who is also a Type 2 diabetic.  Mossberg reviewed the Telcare blood glucose meter which wirelessly transmits readings to a patient’s iPhone and a secure database that can be accessed by a patient’s physician.  The Telcare meter has been also been cleared by the FDA.
Beyond smartphones
A lot of attention has been focused on using smartphones to manage diseases but not all patients have them.  Text messaging has also been successfully used to send patients important health messages and reminders, as demonstrated by the Text4Baby campaign, a program for expectant mothers.  More recently the BeaconCommunity health program announced the development of an initiative for diabetes management using text messaging at its sites located in Louisiana and Michigan, areas where the impact of diabetes has been particularly significant.
What’s next?
We can expect to see continued development of mobile devices to allow patient self-monitoring for chronic conditions.  Increasingly, these devices will facilitate sharing of patient level data with health care providers and communication between patients and providers in response to these data.
Follow @jamierauscher

or visit my blog www.healthjam.net