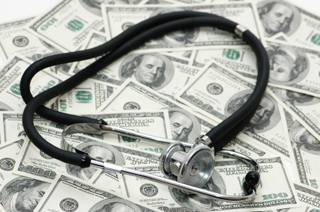 3 Ways that Crowdfunding Can Benefit the Healthcare Market

In 1997, American fans of the British rock group Marillon rallied together to raise money for the band to tour the United States. Without any involvement from Marillon, fans were able to raise a whopping $60,000 through an effective internet marketing campaign aimed at bringing the band to their homeland.

In 1997, American fans of the British rock group Marillon rallied together to raise money for the band to tour the United States. Without any involvement from Marillon, fans were able to raise a whopping $60,000 through an effective internet marketing campaign aimed at bringing the band to their homeland.

Much to the delight of the group’s fans in the United States, Marillon used the funds to organize a series of shows throughout the U.S., and has since used the crowdfunding method to raise money for the recording, marketing and other business expenses for a number of their albums.

Since Marillon’s success story left its mark on the entertainment world, several others in the music industry have launched internet campaigns to raise money for the promotion of a tour or album. Crowdfunding has not only become a profitable method of raising money in the music industry, but also in a number of other areas of business.

In the evolving field of health care, crowdfunding hasn’t had as large of an impact as it has in other industries. Because most health studies and initiatives take years of pre-development and fail to provide investors with a quick return, it’s generally more challenging for any average Joe to jump on the investing bandwagon.

In spite of these difficulties, there is evidence that suggests that crowd funding venture capital may be a solid option in raising funds for certain healthcare ventures.

How Crowdfunding Can Work for Healthcare

1. Some success = more success. For certain healthcare organizations that have an already established presence and reputation, crowdfunding can be an extremely lucrative option in securing additional funds for a study.

When the beginning stages of a study shows promise, people want to become involved. In these cases, individuals are more likely to invest in the study because the potential for success is real and is nearly tangible.

2. A way to give. Many individuals will buy into healthcare crowdfunding not because they see a potential return for their investments, but simply because they want to contribute to a good cause.

This notion has been proven successful by the Rare Genomics Institute, a nonprofit organization that is dedicated to providing better and faster diagnostics and therapies for rare diseases. The organization utilizes crowd funding methods by posting unique cases of individuals suffering from rare diseases on their website. By playing up the philanthropic card, the Rare Genomics Institute is able to acquire funding for the diagnosis and treatment of affected patients.

3. Large investments are dwindling. For whatever reasons, venture capitalist investments are on a downswing in healthcare. Investors who were once willing to provide large sums of money in the early stages of development are no longer willing to do so. The stats and numbers are proof of this.

Today, venture investing in seed and early stage healthcare is down 33 percent from 3.6 billion in 2007.

More than ever, crowdfunding venture capital seems to be the most practical option in making up for this increasing lack of funds.