First published on MedCityNews.com. CardioInsight Technologies said today that it had secured “long-term strategic financing” that will allow it to complete ongoing clinical trial

First published on MedCityNews.com. CardioInsight Technologies said today that it had secured “long-term strategic financing” that will allow it to complete ongoing clinical trials in Europe, advance product development programs and pursue regulatory clearance for its cardiac mapping technology in the U.S.

The financing will provide an initial investment of $15 million, the medical device company said.

Formed in 2006 with technology from Cleveland’s Case Western Reserve University, CardioInsight uses an electrode vest that’s worn by a patient to collect electrical data from the surface of the body. It then combines that data with anatomical images of the heart from a CT scan, to generate real-time, 3D, beat-by-beat maps of electrical activity in the heart.

Doctors may use cardiac mapping to help diagnose and treat electrical abnormalities of the heart, like arrhythmia and heart failure. Currently it’s done in an EP lab, where technicians insert catheters into various locations around the patient’s heart to identify the arrhythmia and correct it via ablation. CardioInsight positions its device as a non-invasive way to perform cardiographic mapping for diagnosis of arrhythmias.

The device, called ECVUE, got CE Mark clearance in 2011 and has been used on more than 800 patients in Europe, according to the company. It’s not yet been cleared by the FDA, and a company representative had not returned a call at time of publishing regarding progress with U.S. commercialization.

The new funding follows a $7.5 million Series C raised last year. Based on my calculations using past reports, the new $15 million would bring the total raised by the company to nearly $35 million. Among existing investors are Draper Triangle Ventures, Case Technology Ventures and Jumpstart Ventures (disclosure: Jumpstart is also an investor in MedCity Media). 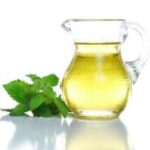