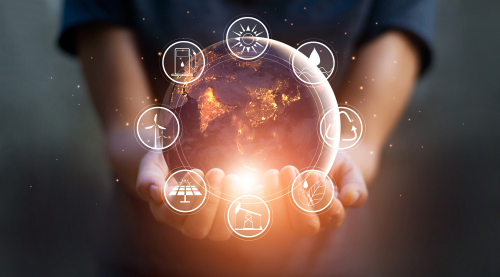 This year, an article was published which reported on the rise in air pollution in London and how these levels had surpassed Beijing. In London, air pollution is now seen as a health crisis and it is believed that toxic air leads to around 40,000 premature deaths in the UK. 9,000 of these are believed to be in London alone, with hundreds of thousands more people suffering from long-term health issues as a result.

It is fair to say that there is now a much more urgent need to clean up air pollution, not only in the UK, but across the globe. With air pollution levels seeing year on year increases and reaching new, and alarming, heights, it is often some of the world?s poorest cities and countries which become the worst affected. Afghanistan, Bangladesh and Somalia have all recently reported high numbers of deaths with direct links to air pollution.

However, new and recent technology advancements have been developed in order to tackle this growing issue, with a particular focus on busy city centres. As the global population increases, so too does air pollution and, whilst the role of these technology advancements is hugely and widely accepted, there are some stand out technologies which are set to play a large part in future programmes in the maintenance and monitoring of air pollution. 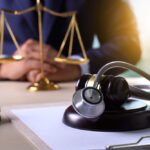 When it comes to environmental debates and air pollution, there is one sector which faces several issues: food production and packaging. Cattle farming is an area which is regularly cited as having a devastating impact on the environment, due to the amount of water which is required to maintain the livestock. This, as well as the large amount of land use and pollution from animal dung, has caused more and more people to turn to vegetarian and vegan diets in an attempt to reduce the pollution levels.

However, food packaging is an area where technology is making a more significant impact. With major developments in food packaging, supermarkets and stores are now seeing shelf-life for foods being prolonged substantially and more and more companies are using eco-friendly materials in order to combat plastic waste and air pollution.

New technologies are constantly being developed and improved in order to address specific and very damaging sources of air pollution. One example of this comes from refrigerated food vans and transportation trucks.

Leading on from the previous point, it has been estimated that there are currently over 84,000 food refrigeration trucks on the road in the UK and every vehicle emits over six times more NOx as modern lorry and truck designs. New technologies mean that trucks are undergoing emission standard checks, as the auxiliary engines which are currently used to power these trucks are extremely polluting and massively unregulated. Liquid air developments are currently underway, with technology companies searching an alternative system based solely on the use of ?liquid air?, which produced zero emissions when on the road.

Air pollution in urban environments is another huge worry. With so many global cities recording record-high levels of air pollution, which is greatly impacting on the public?s health, there is currently a huge rush in creating technologies to be able to clean and filter the air which we breathe.

A Dutch design company has developed a ?Smog Free Tower?, which is a tower which works in purifying the air by absorbing pollution and then expelling purified air. This pollution is then, amazingly, turned into pieces of jewellery. The first example of these towers has recently been built in Rotterdam, and the designers claim that each tower can individually clean 3.5 million cubic metres of clean and purified air each day.

Many newly built towers and office blocks are installing industrial ventilation systems in order to provide and protect workers whilst at work. It is important that companies and businesses recognise the importance of providing fresh air for their employees, especially those who work in warehouses or factories.

Perhaps one of the biggest contributors to air pollution levels are the emissions which petrol and diesel vehicles run on. There is no way to estimate just how many cars are used every day around the globe, but it is estimated there are over 1.5 billion vehicles across the globe. The number of cars being manufactured increases year on year, so technology efforts are focused on combatting this pollution. The advancement in electric, automatic and self-driving cars is set to change the way in which we use vehicles.

Currently, due to the stop-start nature of the way that humans drive cars, this causes a lot of traffic build up, especially in city and urban areas. This then leads to increased levels of air pollution, resulting in poor health for those who live and work in the area. Studies have shown that the increase in the use of electric vehicles could well improve fuel efficiency by as much as 40%, whilst reducing greenhouse gases and pollutants.

Some of the biggest contributors to global warming and air pollution come from the industrial sector. Processing plants, factories and refineries regularly pollute the air with fossil fuel emissions which contain a lethal mixture of gasses, including methane, carbon dioxide and nitrous oxide. This then results in poorer air quality, both around the area where the factory is and further afield. Acid rain, climate change and ozone depletion have all been affected by industrial businesses and technology companies are working to combat the negative effects of this damaging industry.

Renewable energy is becoming a more popular way of powering these factories, with solar energy and wind turbines the most effective technologies being used to replace the need for fossil fuel. But, recognising that these systems are not going to work overnight is vital, yet making the industries which are still heavily reliant on fossil fuels dedicate to change is a way to start.

By natwilson976
Natalie Wilson is a freelance health and wellness writer. She loves researching and writing about new health trends and topics, as well as keeping up to date with the latest health news. When not writing, you can find her taking long walks in the countryside with her dog or browsing her nearest bookstore. You can connect with her on Twitter @NatWilson976.
Previous Article 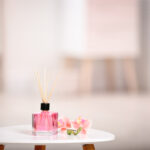 Is Your Air Freshener Bad For Your Health?
Next Article 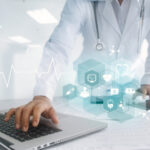 How Online Marketing Impacts These 5 Different Industries Of Health