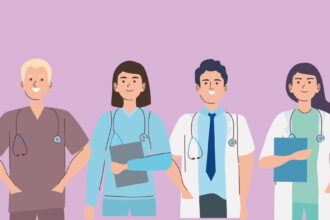 There’s an AIDS spending cliff in Ethiopia and the government is already in free fall. Next year, Ethiopia will experience a 79% reduction in US HIV financing from PEPFAR. The announcement of these cuts came with an explanation that PEPFAR was “free(ing) up resources by reducing programs in lower HIV prevalence countries” (see blog). Further, Global Fund monies have gone almost completely undisbursed in 2012. These cuts in spending might be warranted due to epidemiological trends and improved efficiency, or might cripple progress as health programs dependent on external donors are cut back. The truth is, with the current poor status of basic information on beneficiaries and costs, it’s difficult to judge whether these cuts are good or bad.

The US$191 million decline of PEPFAR funding from 2012 to 2013 is part of a broader trend of decreasing funding in recent years. With its dynamic and popular minister of health, Dr. Tedros Ghebreyesus, Ethiopia had long been a donor darling. Cumulatively, PEPFAR contributed more than $1.4 billion to Ethiopia, and, between 2006 and 2011, PEPFAR’s annual contribution to Ethiopia more than doubled. Ethiopia received more funding from the Global Fund than any other country—with total disbursements of $1.16 billion. In 2008, AIDS spending accounted from more than 20% of total spending on health, of which 84% was externally funded.

Yet, as shown in the chart below, total funding from PEPFAR-Global Fund peaked in 2010, and has since decreased by almost 50 percent as of 2012. The Global Fund has yet to disclose how much of two newly signed grants (US$424 million designed to span 5 years) will be disbursed in 2013. But even if the full amount of these new grants were to be spent during 2013, this hypothetical PEPFAR-Global Fund total wouldn’t get close to matching Ethiopia’s total annual funding from these two sources in 2010.

Increased government spending might be one reaction to donor cuts. However, the Ministry of Finance publicly reported expenditure for the last time in 2009 and the most recent round of National Health Accounts is from 2007/8, so what fiscal adjustments have been made are yet to be seen. Even with increasing public spending associated with several years of positive economic growth, Ethiopia has always had an extremely low revenue to GDP ratio and high inflation (and associated tight cash controls on government expenditure), making substantial new public funding to health unlikely. A new factor in the equation is the political instability following the death of Prime Minister Meles Zenawi that may also compromise the size and speed of disbursements.

Increasing amounts of funding up to 2010 may have resulted in the peak number of individuals that received ART in 2011 as well as other effects, but will the funding crash of 2012/13 affect these gains? Can the same or better be provided with much less? In other words, could the backlog of funding and efficiency improvements make it possible to provide more with less in Ethiopia?

A recent CSIS paper suggests that Ethiopia should still be on track to achieve universal coverage of ART in 2014 despite reduced HIV funding. Unfortunately, it’s very difficult for external commentators to assess this possibility. We don’t know exactly what interventions PEPFAR, the Global Fund and -perhaps most importantly- the Government of Ethiopia are currently financing and for whom, and we don’t know the actual cost of these interventions in Ethiopia. Therefore, we can’t link spending to enrolled patients or disease results. It’s possible that PEPFAR and the Global Fund have this analysis in their pocket? I hope so, since without this link, even a well-intentioned donor or Minister of Finance can’t understand or plan for the programmatic and human impact of cuts, or assess the potential for savings and reallocation via improved efficiency.

The AIDS spending cliff in Ethiopia also raises issues on likely funding cuts and new eligibility and allocation policies in general. It’s a great idea to reallocate monies to more affected, more impoverished countries, or countries that can spend monies more efficiently. Yet when you’re funding life-saving care for a defined population and you’re not able to connect money to patients, cutting abruptly is a terrible idea. Transitioning to a new allocation requires a basic set of information on expenditure and its uses –ideally connected to patients themselves, and it requires dialogue with country governments and other donor partners to smooth any cliffs into gentle slopes. 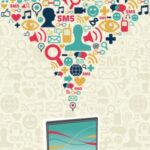 New Tools of the Trade to Use in Your HealthCare Organization