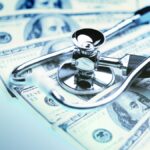 The UK and Japan Moving to a National Rewards System: Is the US Next? In the United Kingdom, in April 2014, 20/20 Health, a prominent think tank, recommended that a national health rewards program be put in place to reward healthy behaviors as a way to address the massive healthcare costs threatening the solvency of the National Health Service. “We propose ‘payment by results’, a financial reward for people who become active partners in their health, whereby if you, for example, keep your blood sugar levels down, quit smoking, keep weight off, or take on more self-care there will be a tax rebate or an end of year bonus.” NHS England has warned that the service is facing a £30bn gap by 2021 between the money it has available and the demand for care that ageing and the rise of conditions such as diabetes will produce.

In Japan, in April 2014, a panel recommended the use of incentives to improve the health of the nation. “We should provide financial incentives that reward people for working to improve their health,” the proposal said.

Of course the United States healthcare system is more complex than that of the United Kingdom and Japan, but the basic premise is the same: if we know the short term and long term behaviors by patients and providers that save money, and we can align financial rewards to those behaviors, everyone wins.

In the United States, we continue to make progress toward a more comprehensive policy but significant work needs to be done.  The Patient Protection and Affordance Care Act increased the allowable amount of rewards from 20 to 30 (and in the case of smoking cessation) 50 percent of premium. This was a start.

In addition, there have been some efforts in Congress – bipartisan efforts believe it or not – to move along the policy. In 2012 and then again in 2013, several Republican and Democratic Congressman introduced the Medicare Better Health Rewards Program Act of 2013. This bill provided for up to $400 per person for all individuals on Medicare for healthy behaviors. This bill is sponsored by Congressman from both sides of the aisle.

When this bill was proposed by Rob Portman from the state of Ohio, the head of the state health department wrote, “The Medicare Better Health Rewards Program established by your bill is a unique program that will be one of the first to reward patients, in this case Medicare beneficiaries, for playing an active role in improving and maintaining their health. Under this model, everyone wins. Patients benefit from better health outcomes as well as financial incentives and the Medicare system and taxpayers benefit financially because healthier beneficiaries cost the system less. “

So if Republicans and Democrats agree on the policy, couldn’t we create the Healthy America Rewards Act of 2014?  The Act would use financial incentives as a cornerstone policy to fix the American healthcare system by providing rewards to individuals for taking health-improving actions within the framework of the current system. The Act’s basic elements are as follows:

While government funding would certainly jump start this policy, even without funding, these provisions would make it economically beneficial for private and public healthcare payers – health plans, employers, Medicare, Medicaid – to implement these programs.  For example, proper treatment under medical loss ratio calculations for health plans and inclusion of patient rewards in “community benefit” calculations would spur private sector activity.

As the head of the state of Ohio health department commented, “everyone wins.” Here we have a policy that is supported by both sides of the aisle and pays for itself.  Time to move this ahead.

Just Because You Can, Does That Mean