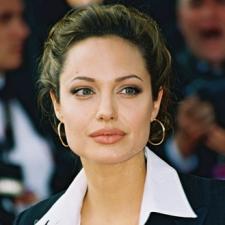 Going public with her story of a prophylactic double mastectomy after testing positive for BRCA1 (a gene linked to breast cancer) via an op-ed piece in the New York Times, Angelina Jolie is clearly trying to get the message out that radical choices must sometimes be made in order to increase one’s cha

Going public with her story of a prophylactic double mastectomy after testing positive for BRCA1 (a gene linked to breast cancer) via an op-ed piece in the New York Times, Angelina Jolie is clearly trying to get the message out that radical choices must sometimes be made in order to increase one’s chances of survival, chances of spending more years with family and friends, and continuing to do one’s work on this earth. She is seeking to advance the public health conversation, and to empower women to make a choice that may otherwise be frowned upon, by giving her surgeon carte blanche to blog about her surgeries as well.

The questions that came to mind immediately for me when I first heard about this story (via radio talk shows as I was driving to and from meetings) included: Isn’t that the gene that was patented? Isn’t that test incredibly expensive and probably not accessible to most women? How is this story relevant to most women?

Later on, I was glad to see that I wasn’t the only one asking these questions. Marketplace explored some of these issues in its coverage.

The price for the test is now about $4000, though most insurance that covers it yields an out of pocket cost to the patient of $100 (according to Myriad, the company that holds the patents). Experts outside the company have said that the test costs less than $200 to run. The test is only recommended for women with risk factors (family history, Ashkenazic Jewish heritage, etc.).

The patents for the BRCA1 and BRCA2 genes have been challenged, and the case was recently argued before the Supremes.

Two problems with the patent lock-in highlighted by the story on the appeal:

The Court has to decide between the two sides of the argument. As boiled down by Nina Totenberg:

[Myriad’s lawyer] … contends that by locating the gene and isolating it — snipping it out from the rest of the genetic material — Myriad has created a new and patentable thing. He says it’s “no different than allowing a baseball bat or cast iron fence to be patented as a new invention,” even though those items “originated in a tree” or a “rock.” The baseball bat and cast iron fence are still “human inventions” and thus are patent eligible.

“We do know Myriad did a lot of work,” says New York University law professor Rochelle Dreyfuss, a nationally known patent expert who is not associated with either side in this case. But that’s not enough, she says, because the court still has to answer this question: “Is the thing that’s isolated significantly different from the way that it was when it was in nature?”

[The attorney] representing the patent challengers contends that Myriad is merely following nature’s instructions about where to snip out the gene.

This case will likely have wide-ranging ramifications, however it is decided, and will affect health care costs and quality of care in realms far beyond breast cancer.

Jolie, unlike most patients, did not really have to consider cost in her decisionmaking process. She also has the attention of a surgeon who apparently makes house calls. These factors, along with the risk factors and other issues that went into her decisionmaking process mean that this is still a personal decision, and that it will be difficult, if not impossible, to standardize a best practice regarding prophylactic double mastectomies and oopherectomies (the genes are also indicators for ovarian cancer). Nevertheless, kudos to Jolie for going public, for demonstrating powerfully the role of the patient in self-determination, and for making her choice a more acceptable choice for many women who may be affected. Here’s hoping the pendulum doesn’t swing too far and result in “too many” surgeries. 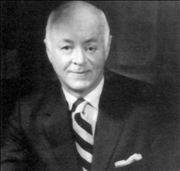 Angelina Jolie’s Decision: Do I Need to

As a medical student on the ward you never knew what was coming. We 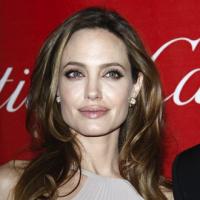