Whither CMS? That’s the issue raised by Brian Klepper and David Kibbe in their post on the Health Affairs website this morning. The Center for Medicare and Medicaid Services faces a November deadline for answering a complaint by six Georgia physicians that claims the American Medical Association’s Relative Value Scale Update Committee (RUC) violates the Federal Advisory Committee Act.

Whither CMS? That’s the issue raised by Brian Klepper and David Kibbe in their post on the Health Affairs website this morning. The Center for Medicare and Medicaid Services faces a November deadline for answering a complaint by six Georgia physicians that claims the American Medical Association’s Relative Value Scale Update Committee (RUC) violates the Federal Advisory Committee Act. The RUC periodically sends recommendations to CMS on how it should reimburse different physician services. As Klepper and Kibbe point out, this specialist-dominated committee, after what are the medical equivalent the early 20th century factory efficiency studies conducted by Frederick Winslow Taylor, decides that the value of cataract surgery, for instance, is 12.5 times the value of a primary care office visit.

CMS invariably follows the RUC’s recommendations, making it for all intents and purposes, a quasi-official federal advisory committee. I know a bit about FACA, since I spent five years of my life trying to get federal agencies to follow the requirements of that 1972 statute. Once dubbed the fifth branch of government, there are now nearly 1,000 federal advisory committees, most of them comprised of outside scientists and experts offering advice to regulatory agencies ranging from CMS and the FDA (I’ve sat on several of theirs as a consumer representative) to the Defense and Energy Departments. They are required to have an open process in selecting members. The roster of experts must be adequately balanced to reflect a range of views on the issues before the committee. They also must not have conflicts of interest, although that requirement can be waived when a person’s expertise is deemed unique and vital to the performance of the committee’s tasks. Meetings must be open, and allow public engagement.

Without having investigated the matter, I think I can assert with some certainty that the AMA’s RUC does not meet all of those standards. Heck, it might not meet any of them. CMS should intervene in this suit . . . on the side of the plaintiffs. There’s no reason for a federal agency to continue using the recommendations of an advisory committee that doesn’t meet the legal standard that is used by every other federal agency and the National Academies (including the Institute of Medicine).

Last week, I stopped by a Health Affairs briefing and asked CMS administrator Donald Berwick if he was going to follow the RUC’s latest recommendation, which is intended to boost the “relative value” of primary care. He said he would take it under careful consideration. He even shook my hand afterwards, which I took as a “thank you” for asking the question. None of the trade press that routinely follows Berwick around to his public appearances seemed to be aware that the issue was even under discussion.

Successful medicine in the 21st century will be delivered by multidisciplinary teams. Just as Taylorism in manufacturing was vanquished by the Toyota way, the specialist-driven model of health care delivery that dominated the late 20th century needs to be replaced by a more efficient system of salaried physicians working in teams delivering higher quality care. The RUC has no place in such a system. Opening the RUC up to a democratic process that engages all the stakeholders in health care is the first step toward making that obvious.

No, You Won’t Get The Coronavirus From

The novel coronavirus has thus far affected thousands of people. Being an epidemic, 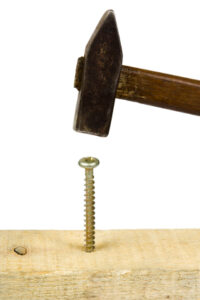