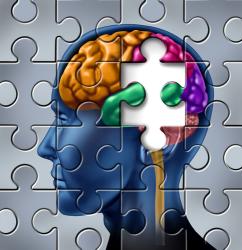 The BRAIN Initiative: A Starter Project for a Broader Effort

President Obama announced the BRAIN project, but we should harken back to prior efforts to change our thinking and framework – the Wilkes project comes to mind.

President Obama announced the BRAIN project, but we should harken back to prior efforts to change our thinking and framework – the Wilkes project comes to mind. It was 175 years ago this summer that one of the more important – yet forgotten – initiatives was started when Lieutenant Charles Wilkes set sail from Norfolk, Virginia, on the ebb tide for one of the most ambitious ventures.   He was responsible for leading a four-year initiative that would take him and his crew over 87,000 miles of ocean to map the South Atlantic and Pacific areas.  The voyage was touted as the United States South Seas Exploring Expedition and was similar in scope and scale to an effort that we could potentially mount today to send a manned mission to Mars!

Lieutenant Wilkes’ six ships were laden with many books, the latest scientific and navigational equipment and a crew of 346 men including a linguist, a mineralogist, two botanists and two artists.  They were prepared to capture the essence of the Southern Hemisphere.  Their charge was to “extend the empire of commerce and science” by mapping and investigating the vast little-known regions of the southern hemisphere.  At the time, very little was known about the southern hemisphere so Lieutenant Wilkes journey was a key in defining and charting the geography of the south.  In fact, he charted over 280 Pacific islands and more than 800 miles of the U.S. coast line on the west.  So, how did he do it?

Well, there’s a story there.  He took along 28 marine chronometers which provided him with the accurate time back on land at home.  He could then compare the local time by using the positions of the stars in the sky to determine the longitude and latitude at sea.  This was a huge advance at the time.  The Wilkes expedition clearly helped us to recognize what happens when you have an accurate clock and accurate ways of finding location – and, it was all funded by the federal government.  So, why am I talking about historical maritime adventures?

We are on the cusp of a similar adventure with the announcement by President Obama to “map the human brain”. In announcing the BRAIN (= Brain Research through Advancing Innovative Neurotechnologies) Initiative, President Obama described a new collaborative effort to map the human brain which is intended to better understand how the brain works.  He said, “As humans we can identify galaxies light years away, we can study particles smaller than an atom, but we still haven’t unlocked the mystery of the three pounds of matter between our ears.”  The intent is to use new neurotechnology so that researchers will be able to understand how activity in specific cells of the brain affect behavior.

Francis Collins, Ph.D., head of the National Institutes of Health weighed in on the initiative by stating the idea is one whose time has come. While neuroscientists have been able to study specific neurons and specific areas of the brain, there are trillions of connections and billions of neurons that work together.  Scientists have never been able to map how the brain completes its tasks in real time and the initiative is an opportunity to push toward this objective.  The hope is that the project will advance knowledge on Alzheimer’s and other neurologic problems through the use of advanced biotechnology so that we can more effectively treat traumatic brain injuries and other, more chronic, neurological problems.  President Obama, in announcing the initiative, likened the effort to the Human Genome Project, a 13-year public-private collaborative research effort to catalogue and study all of the genes in human DNA. In citing the Human Genome effort, Mr. Obama said, that the return on investment was $140 to the economy for every dollar spent by society.  That is one helluva return.

So, why am I talking about this?  We are at the same point in terms of investments in health information technology and informatics.  We’ve made a huge investment (i.e. at least $30 billion in public funds and at least another $30 billion in private funds) toward creating an electronic infrastructure that supports collaboration and the exchange of data.  There are – no doubt – huge issues related to interoperability, the use of standards and usability but, at the same time, we are on the road toward a new world.  We are at the point where Lieutenant Wilkes set sail.

We need to embrace the moment and invest heartily.  We need to engage lots of different disciplines like Lieutenant Wilkes – perhaps even a few artists!  We need to recognize that while we do not know the answers, the answers will be forthcoming.  This is the American way!  We are at the cusp.  Let’s not let it pass because of partisan bickering … because of perceived resource shortages … because of pick your favorite obstacle!   We need to support the BRAIN initiative, but as importantly, we need to support the other initiatives which are swirling around related to how data can be used to advance the approach toward healthcare.

This past week, I participated in a special meeting called by the Centers for Disease Control (CDC) to explore how public health and primary care can more effectively integrate their initiatives to support population health.  In fact, I would argue that without an integration of efforts between public health and primary care we will NOT be successful in our efforts to transform the healthcare system towards a more population health-centric model of care delivery.  If we make the right investments, we are going to discover patterns of care that we didn’t even know existed!  I’m convinced.  Let’s get started.  Let’s move now.  Let’s support the BRAIN initiative, but let’s also support the other lesser known efforts that move us incrementally toward a better healthcare system – based on knowledge rather than opinion.

It’s an exciting time.  Just like the sailors that participated in Lieutenant Wilkes venture – who were no doubt a bit on edge when they set sail – so should we be a bit anxious as we move forward into the new world of bioinformatics.  It’s an exciting period.  I believe the period we are just now entering is the most exciting period in healthcare over the last century – aside from the discovery of antibiotics.  We are truly on the cusp major changes in how we think about healthcare delivery and I’m really pleased to be a part of the conversation.

The BRAIN Initiative is tentatively budgeting about $100 million for FY14 and will be a collaborative between the National Institutes of Health (NIH), the Defense Advanced Research Projects Agency (DARPA) and the National Science Foundation (NSF), as well as including private partnerships investment from organizations like the Allen Institute for Brain Science.  The BRAIN Initiative is coming at a time the sequester and the tenor of the times are reducing our nation’s investments in scientific research.  We need to encourage the Members of Congress not engage in “penny-wise and pound foolish” strategies.  In closing out his comments during the announcement, President Obama stated, “When our leading thinkers wonder if it still makes sense to encourage young people to get involved in science in the first place because they’re not sure whether the research funding and the grants will be there to cultivate an entire new generation of scientists, that’s something we should worry about.”  Let’s get behind the effort.