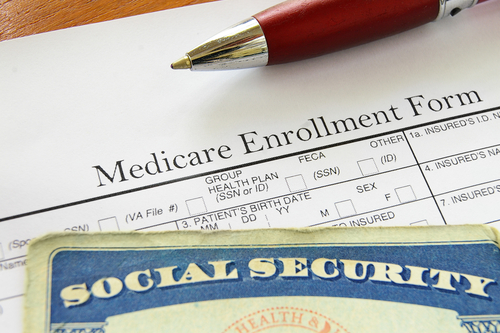 As we reported last week in our blog, on May 23, 2014, CMS released provisions giving MA plans more flexibility to reward Medicare recipients for healthy behavior.

As we reported last week in our blog, on May 23, 2014, CMS released provisions giving MA plans more flexibility to reward Medicare recipients for healthy behavior. This codified several key provisions including removing the $50 per year and $15 per action dollar limit, expanding the types of behavior for which beneficiaries could be rewarded, and allowing rewards for meeting “incremental goals” rather than just for achieving the completion of a program.  The revised CMS policies took effect 60 days after the May 23 publication of the final rule in the Federal Register. For the new regulations and associated comments see the following link: http://linkis.com/federalregister.gov/BpZWu

CMS took another step on October 3 to expand the use of rewards for Medicare beneficiaries. On October 3, CMS proposed new safe harbors to the anti-kickback program would open the door for retailers to clearly allow customers to receive coupons and reward benefits under loyalty type programs when purchasing drugs and other services covered in whole or in part by federal health care programs, under a rule published in the Federal Register on Oct. 3.

The proposed regulations amend the definition of “remuneration” in the CMP regulations at 42 CFR 1003 by adding certain statutory exceptions for:

Section 6402(d)(2)(B) of ACA adds an exception for rebate or reward programs as section 1128A(i)(6)(G) of the Act by excluding them from the definition of “renumeration” under the Act if they meet three criteria:

The offer or transfer of items or services for free or less than fair market value by a person, if—

(i) the items or services consist of coupons, rebates, or other rewards from a retailer;

(ii) the items or services are offered or transferred on equal terms available to the general public, regardless of health insurance status; and

(iii) the offer or transfer of the items or services is not tied to the provision of other items or services reimbursed in whole or in part by the program under title XVIII or a State health care program (as defined in section 1128(h)).

The following is an interpretation of the three criteria:

CMS has requested comment to the proposed regulations. In their final form, in addition to the expansion of reward programs noted above for MA plans passed on May 23, providing retailers with the opportunity to expand their reward offerings in the Medicare context should provide further opportunity to leverage rewards to improve Medicare beneficiary health status.