The Cleveland Browns have been in the news this week, and not because of newfound success on the gridiron. While sports is not among my highest priorities, I have developed increasing interest over the years since professional sports is religion to so many here in Cleveland and in Ohio. Cleveland sports teams all enjoy great success, provided that success is not defined by victories. It’s not if you win or lose but how…

The Cleveland Browns have been in the news this week, and not because of newfound success on the gridiron. While sports is not among my highest priorities, I have developed increasing interest over the years since professional sports is religion to so many here in Cleveland and in Ohio. Cleveland sports teams all enjoy great success, provided that success is not defined by victories. It’s not if you win or lose but how…

I watched the Cleveland Browns compete against the Pittsburgh Steelers two Thursdays ago. I cringed as I witnessed our young quarterback, Colt McCoy, take a blow to the head that could have landed the perpetrator a 10 year prison sentence had this act occurred on the street. I wasn’t worried that McCoy would have to miss the rest of the game. I feared that he might have to miss the rest of his life. Violence sells tickets.

If an activity requires a participant to don a helmet and a coat of armor, then clearly it is an unwise activity for a human to engage in.

McCoy was taken off the field and reentered the arena 2 plays later, after an exhaustive evaluation that was completed in about 100 seconds. Since everything in sports and medicine is now measured, we know that McCoy was sidelined for a total of 3 minutes and 50 seconds before his soggy head reentered the arena. Perhaps, emergency room physicians should consult the Browns’ medical staff to learn how they can expedite their medical evaluations in their emergency rooms. With a little training, a heart attack patient, for example, can be treated in 3 minutes or less.

McCoy’s father went public chastising the Browns for the decision and the process that led to his son Colt returning to the field. While the NFL is now investigating, the Browns maintain that proper procedures were followed.

As more facts dribble out, we learn that McCoy did not receive the standard medical evaluation that is required after a suspected concussion known as the SCAT2 (Standard Concussion Assessment Tool , version 2). Apparently, Browns’ medical personnel were attending to others and did not witness the helmet-to-helmet collision. Are these folks aware of the futuristic technology commonly known as instant replay?

If the only medical training you ever had was how to swallow aspirin or apply Band-Aids, it is likely you would know that a 4 minute time out is not a sufficient assessment period after a cannon ball blow to the skull. Initially, the Browns were vague on the extent of neurologic testing that was performed on the concussed quarterback. We now know that there was no evaluation.

As a physician who has been sued, I am sensitive to applying blame retroactively. I can understand based on the available facts why McCoy was sent back in. But this event shows that either the process is flawed or that proper procedures were not followed. This episode warrants investigation for the right reasons, not simply to apply the broad brush of blame to make some folks feel good.

Nevertheless, this is a particularly galling vignette for physicians like since we are trained and dedicated to practice high levels of patient advocacy. We advise our patients on what we believe to be in their best interests. Sometimes, we take heat for this. We may, for example, advise an individual that they should surrender their driver’s license. We may counsel a patient not to travel even though a family trip was planned months ago. We may warn a patient that his job is threatening his health.

Our advice should not be contaminated by external considerations. We would not, for example, clear a patient to return to work prematurely because this would serve the employer’s interest.

In professional sports, team physicians advocate for the team. Obviously, there is an enormous conflict between serving the team and serving the player. If McCoy’s primary care physician were consulted after the head thrashing incident, do you think he might have offered a second opinion? Let’s hope so. 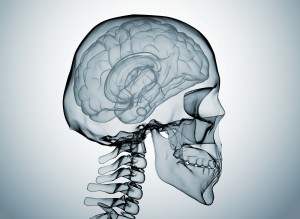 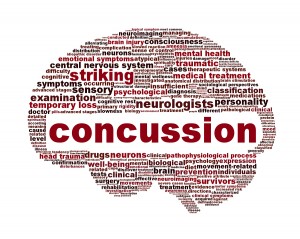 There are many misconceptions and myths about concussions. These incorrect assumptions can lead to