I heard the other day that by 2017, 50% of the pharmacy spend in the U.S. will be on specialty pharmacy.  It seems this is driven by two phenomena.  The first is the growing crop of new molecules that are in the class ‘biologics’ –  developed via biotechnology and which are complex to manufacture, require special handling and care coordination. They are incredibly expensive but have given us new hope for such conditions as Hepatitis C and a variety of cancers. These are classified as specialty pharmacy drugs.

I heard the other day that by 2017, 50% of the pharmacy spend in the U.S. will be on specialty pharmacy.  It seems this is driven by two phenomena.  The first is the growing crop of new molecules that are in the class ‘biologics’ –  developed via biotechnology and which are complex to manufacture, require special handling and care coordination. They are incredibly expensive but have given us new hope for such conditions as Hepatitis C and a variety of cancers. These are classified as specialty pharmacy drugs.

The second phenomenon is that just about everything else will be generics. Specialty drugs in this one burgeoning expense class seem to be taking over the pharmaceutical industry, and bucking the trend in health care — to succeed by being more efficient.  This brings to mind two opportunities for connected health.  One is surrounding these expensive therapeutics with connected health applications in order to improve outcomes and reduce costs.  The second is that connected health interventions, because of their demonstrated improvements in adherence, can  improve the care experience, patient satisfaction and quality of life, and themselves prove to be therapeutic.

I am not going to speak to the first opportunity, but we are working on a real-life example of this at CCH now.  We are under non-disclosure with the research sponsor, but I promise you it will be an exciting result when we can publicly discuss it.

The latter opportunity is intriguing and a bit of a sleeper.  Traditionally, the introduction of new technologies into health care has been assumed by knee-jerk reaction to add costs.  Yet, we’ve accumulated evidence to the contrary. I have two stories to demonstrate this.

The first example is a clinical research program we have under way with adolescents who have asthma.  We’ve created a private Facebook group for them to be part of, and that’s about it really.  No fancy bells and whistles.  Just old-fashioned social networking. This is a study in progress, but to date we’ve already seen a positive effect, as measured by an instrument called the Asthma Control Test (ACT).  Typically, the success rate of teenagers filling out this survey is 18%.  Just putting kids in a Facebook group improved their participation to 80%.  More importantly, the improvement in the score on the ACT measuring how well these teens are controlling their asthma was, on average, 1.47.  Compared to the introduction of  a new inhaler, which typically gives a response, at a population level, of ~0.5, and it seems that Facebook is three times as therapeutic as a drug.  I’m being provocative here, but you get the idea.

The second example is in type II diabetes, using connected health to improve activity.  We randomized patients with type II diabetes into two groups, one received an activity tracker and nothing more versus a second group that received a tracker plus were sent automated motivational messages every day. The messages were algorithm-driven; they were not sent by a person.  The algorithm took into account several variables, including self-reported information on how motivated the individual was to increase activity, data from the activity tracker, weather data, and some electronic records data.  This intervention was conducted over six months and at the end, the patients receiving the automated messages had an aggregated drop in HbA1c of 0.6 gm%.  At a population level, Metformin, one of those generic drugs referenced above, results in a drop in HbA1c of 0.4 gm%.  Once again, we see connected health is more therapeutic than a drug.  This result is even more impressive when you take into account the fact that the messages were machine generated.

These data drive home the point that engagement is powerful and that engaged patients do better.  In both cases, those patients who were engaged, measured by either participation in the Facebook group or frequency of opening messages, did even better than the intervention groups as a whole.

Here are two examples, then, where connected health competes with chemical therapeutics in terms of efficacy.

It suggests a future where connected health programs are widespread, either as adjuncts to or substitutes for chemical therapeutics.  And, we haven’t yet discussed how connected health strategies can be integrated into clinical trials, or deliver value-added programs to build brand loyalty and patient engagement.

Of course, these days connected health programs are more costly than the chemical therapeutics (the generics anyway), but that cost will plummet over time.

How does this future look to you? 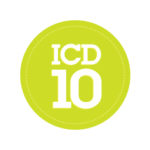 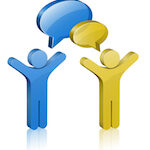 9 Success Keys: How to Make Your Social Media Truly Engaging