The influential Institute of Medicine (IOM) released its report Dying in America last year. The report urges Americans to forgo treatment at the end of life and enter hospices. Elderly (and not-so-elderly) people are pressured (and here) to sign advance directives, durable powers of attorney, Physician Orders for Life-Sustaining Treatment or POLSTs and other documents that limit treatment.

The IOM admits much death care is given by family, but pays scant attention to the havoc wreaked in women’s lives by their proposals. Before society makes a collective decision to push folks off the perch prematurely, we need to understand the consequences for women who will care for them.

The focus on persuading people to forgo treatment is occurring with an explosion of for-profit hospices. That’s not a coincidence. For-profit hospices now outnumber nonprofit organizations by a large margin. Death is a growth industry.

Harris Williams & Company  (HWC) bills itself as the: “Preeminent middle market investment bank focused on M&A” (mergers and acquisitions). The company advises clients across a range of industries from aerospace to transportation, including “healthcare and life sciences”. The prospects for making money by owning hospices looked so good to HWC, they published Hospice Industry Overview in 2013. The overview sketches a tempting picture for prospective hospice investors.

The HWC analysts predict the $19 billion hospice business will thrive with a 7.4% compound annual growth rate at least through 2017. They base their cheerful outlook on a few assumptions:

It helps that patients’ families “continue to become more educated on the many benefits of hospice…”, making them receptive to the idea. Like preserving assets.

Death And The Business Model

Capital isn’t a problem. Legions of investment bankers are stitching together multibillion dollar deals so hospice operators have piles of cash on hand.

Medicare pays for most hospice care. That’s good and bad luck for hospice owners. Medicare paid for 87% of hospice “patient care days” in 2011. But new regulations put in effect by Medicare and the Affordable Care Act will clog the hospice money stream by 2017. So big conglomerates are snapping up smaller hospice companies. The so-called “mom-and-pop” hospices don’t have the cash cushions to weather the Medicare storm. (Do-It-Yourself hospices blot the countryside. There’s even an app for that made by Hospicesoft.)

Raw Material: The Dying. Or Not.

The number of American hospices has grown from 31 in 1984 to 5300 in 2011. In same year, 1.65 million people were hospice patients. The National Hospice and Palliative Care Organization calculated 44.6% of Americans died while in hospice care in 2011. Regardless of your opinions about hospice, it’s clear when an industry has grown 170-fold in thirty years, the stockpile of raw material could run short.

Sharp-toothed strategies are used to persuade elderly, infirm or otherwise treatment-unworthy people to reconcile themselves to hospice. And if the prospective cadavers remain unconvinced, well, work on their families. Families may have more success hustling Grandma or Hubby to their deathbeds.

Whether people are ready to die is irrelevant. All that matters is whether they can be pushed into hospice. Bankers and business people will take it from there.

Health care policy, popular writings and laws now tilt steeply toward hospice, tumbling people toward the grave. Stratospheric costs for medical care turn hospice into a cheap care mirage. The women trapped working in the death industry may pay the highest price for the myth. Aside from the dearly departed, of course.

Women pay the price for doing hospice work in a variety of ways:

Women fill most (91%) of the home health aide, nurse’s aide and personal companion jobs, collectively called direct care workers. The majority (56%) are women of color. Fifty-six percent rely on some public assistance such as Medicaid or supplemental nutritional assistance. The women need all that help. A quarter of their households are at or below the federal poverty level.

Their average annual pay is $17,000. They care for our fragile relatives. And earn a median $9.38 per hour doing it. Many have no health insurance, much less other benefits. More than half cannot get full time work, despite acute shortages for workers.

It gets bleaker. Pricing in health care frequently defies the bedrock economic laws of supply and demand. Wages for direct care workers are sliding as demand for their work skyrockets. Their average pay fell from $10.12 per hour in 2003 to $9.61 in 2013, in 2013-adjusted dollars.

And bleaker. The US Supreme Court handed down a decision last June in a complex case about union dues. Harris v. Quinn decided whether unwilling public sector employees could be forced to pay union dues. Direct care workers are considered public sector employees by some because they’re paid largely with federal money, e.g. Medicare. Judge Samuel Alito wrote for the 5-4 majority, finding that home health aides were actually employed by their patients and not entitled to union representation. So workers who most need protection are left exposed.

And bleaker still. Earlier this year, a federal judge overturned a ruling from the Department of Labor intended to safeguard direct care workers. It required overtime pay and had minimum wage guarantees. Doom-filled lobbying from the National Association for Home Care & Hospice (NAHC) may have swayed the judge. Judge Richard Leon held Congress, not the courts, was the proper venue for sweeping labor changes.

Poverty-level wages. No overtime. No benefits. No worker protections. Women who lead lives of “quiet desperation” care for our beloved family members. (Requiescat in pace, Mr.Thoreau.)

Unless they’re cared for by us.

Most family caregivers are women, too. Sixty-five percent of “informal” caregivers are women and many of them spend at least twenty hours week tending to the needs of frail relatives. A majority also try to hold their paid employment. Often without unsuccess.

RAND Corporation is a leading policy organization, based in California. RAND researchers published a study last year with startling numbers. The cost of informal caregiving is $522 billion annually. They calculated that number using data from the US Census Bureau, further refining it with various demographic information such as age and gender. The billions of dollars represent “opportunity costs” or the value of earnings lost to caregiving.

Amalavoyal V. Chari, John Engberg, Kristin N. Ray, and Ateev Mehrotra published their conclusions in Health Services Research. The article, “The Opportunity Costs of Informal Elder-Care in the United States: New Estimates from the American Time Use Survey”, is gated but the summary “Fact Sheet” is available from RAND.

AARP studies the economic effects of caregiving on older Americans. Many caregivers are over fifty and AARP estimates 61% still work. Or try. Sixty-eight percent of people caring for family members (dying or chronically ill) told AARP they made significant accommodations to their employment including taking early retirement, cutting back hours or turning down promotions. Choices that threaten the financial security of caregivers. Women already have shakier economic futures than men, so further damage is grim.

Women may suffer these tremendous losses for little gain. Discordant notes are sounding in the praises sung about hospice care. It may not be the best care for dying people. The Annals of Internal Medicine published a study earlier this year. The research showed dying patients’ symptom control was worse in 2010 than 1998. The authors speculated the problem was due to more aggressive treatment at life’s end in this century than last.

Perhaps. Or it could be that frightened, untrained and exhausted family is no substitute for experienced nursing and medical care. Nurses take years to hone their skills, becoming masters at the art of challenging care. Spouses and adult children don’t become expert clinicians in a month.

Death, Women and the Cost of Free Care

Paula Span wrote “An Easier Death, and Less Costly, Too” for the New York Times last year. She starts by saying, “Saving money isn’t really the point of hospice care.” She’s dead wrong. Saving money is the whole point of modern hospice care. Because it makes money for investors that way.

Span goes on to compare costs of care in the final year of life for hospice patients and “nonhospice” patients. Hospice patients cost less. Of course they do. Most of their care is given free or at poverty wages. Span writes the entire piece, oblivious of the economics of death. No mention of the caregivers and the price they pay for “less costly” deaths.

Those RAND researchers also figured out what it would cost to replace “free” family with paid caregivers:

Two-thirds of a trillion bucks. Women who care for ill or dying family are worth more to the US economy shuttled aside as unpaid caregivers than wage earners.

Investment bankers, Institute of Medicine panelists, hospice cheerleaders and death industry lobbyists know this. Women learn it, too. Too late.

This post first appeared in slightly different form at: http://www.hormonesmatter.com 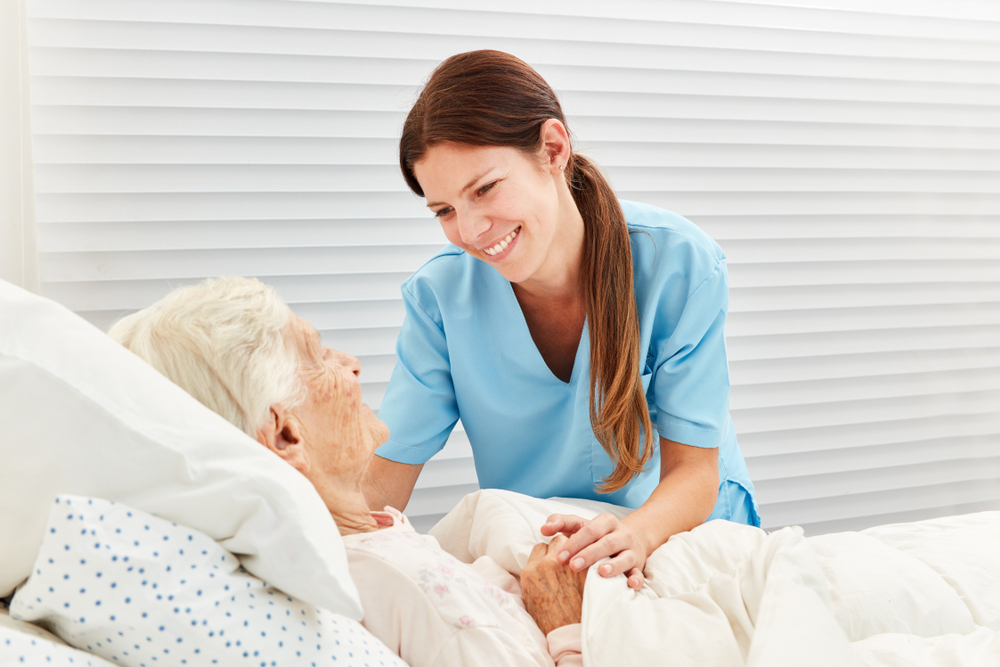 Understanding the Ins and Outs of Hospice

Hospice care is a service that isn’t glamorous, but it is one of the