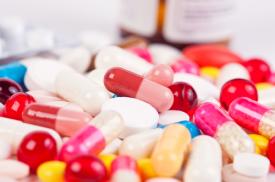 Is Digital Health the Key to Bringing Control to Drug Costs? A recent article in Forbes by Matthew Herper points to one of the most significant opportunities for innovation in medicine – drug development costs.

A recent article in Forbes by Matthew Herper points to one of the most significant opportunities for innovation in medicine – drug development costs. Herper estimated that a single drug can cost $5 billion to discover and develop – five times the conventional wisdom, which has long settled on $1 billion as the average cost to create a new drug.

The fact that drug development is expensive is, of course, well known, and is why there is no easy solution to the problem of high – sometimes astronomical – prescription drug prices. When looking at total healthcare costs, it is worth noting that there are many drivers in addition to drug costs. Vlogger John Green, in a widely circulated video last week, argues that every input in healthcare is too expensive. And, according to Susan Desmond-Hellmann, chancellor of UCSF, these cost increases are “not sustainable.” But certainly, prescription drug costs are a significant part of the problem. Separate from these arguments, pharmaceutical companies are often criticized for new treatments that are extraordinarily expensive (the CF drug Kalydeco at a cost of $294,000 per year is a recent example) and for the fact that many charge higher prices in the U.S. than they do in other countries.

I look at the issue of drug development costs as a straightforward return-on-investment (ROI) challenge, where the investment is the aggregate cost of all of the activities undertaken to discover and develop the drug and to get that drug through the steps in the regulatory approval process. Pharmaceutical companies must set prices that, on a risk-adjusted present value basis, provide the return required by their investors who provide the capital to finance the development. Failure to deliver that return will ultimately increase the cost of capital, leading to even higher prices. Worse still, the amount of capital available to pharma may decrease resulting in fewer development programs and ultimately fewer new drugs.

The key to reducing drug costs, then, is to reduce failure rates or, failing that, to fail faster, before all those cost inputs add up. It’s far better to identify a drug that will not succeed before that drug enters the costliest phases of the process.

Without a crystal ball, how can drug companies reduce the cost of development as it relates to failure/success rates?

The introduction of the sequenced genome suggested that this new innovation and the resulting data generated would provide a treasure of knowledge of how diseases worked, resulting in less costly ways to create drugs. To an extent the discovery and development process has become more efficient, but the reality clearly isn’t playing out as fast as the vision.

Assuming the pharmaceutical industry will not experience any revolutionary changes in the way it’s financed, as an industry its cost of capital will remain relatively constant. As long as drug development costs remain at their current levels, the prices charged for new drugs will have nowhere to go but up. So, where does the answer to high drug prices lie?

It may lie in the tremendous convergence of technologies occurring in the life sciences. Taken together, the effects of sequencing the genome and other life sciences discoveries, and adding digital health, the modern internet, and big data, can yield new approaches, new disciplines, and new technologies being brought to bear on the many problems and challenges faced by drug developers.