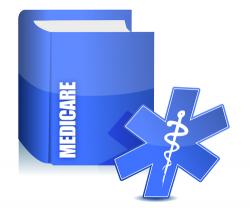 What Krugman Doesn’t Understand about Medicare for All

On Monday I proposed a simple solution to the problems of the ObamaCare website: the John McCain health plan.

Paul Krugman has a different solution: enroll everyone in Medicare:

On Monday I proposed a simple solution to the problems of the ObamaCare website: the John McCain health plan.

Paul Krugman has a different solution: enroll everyone in Medicare:

Imagine, now, a much simpler system in which the government just pays your major medical expenses. In this hypothetical system you wouldn’t have to shop for insurance, nor would you have to provide lots of personal details. The government would be your insurer, and you’d be covered automatically by virtue of being an American.

Of course, we don’t have to imagine such a system, because it already exists. It’s called Medicare, it covers all Americans 65 and older, and it’s enormously popular. So why didn’t we just extend that system to cover everyone? Here’s the answer I gave in a previous post: There is not a single major problem in ObamaCare that would be solved by moving everyone into Medicare. And any minor problems that might be improved by universal Medicare could have been easily solved by tweaks to ObamaCare as well.

Paying for Medicare for all. Sometime back, the NCPA calculated that we could pay for national health insurance with a 15% VAT tax. But if it were easy to impose such a tax, the Democrats would have financed ObamaCare that way. The easiest way to fund universal Medicare is the same way we are funding ObamaCare. That means: all the same taxes, same premiums, etc., including somehow capturing the current employer contribution and the state’s contribution to Medicaid. Note: new taxes on everything from tanning salons to pacemakers to wheelchairs and crutches are not going to go away.

Individual mandate. For the very same reasons that Paul Krugman tells us ObamaCare insurance must be mandatory, universal Medicare would also have to be compulsory. Otherwise, people would only join when they are sick. To make the budget balance, people would have to pay a premium that, on the average, equals the expected cost of their care. Just like ObamaCare, there would have to be subsidies for lower-income families. With community rating, the healthy would be over-charged and the sick would be under-charged. Incentives to game the system would be monumentally destructive without a mandate. Note: none of the problems with the individual mandate have gone away.

Employer mandate. For people at work, there would be enormous pressure to continue the employer contribution by requiring employers to buy their employees into Medicare. That would raise the issue of exempting small business, exempting part-time workers, etc. Note: none of the problems of the employer mandate have gone away.

Cuts in Medicare Spending on the elderly and the disabled. Almost half the funding for ObamaCare comes from reduced spending on current Medicare beneficiaries. Since the money will still be needed, these cuts will not go away.

The exchanges. Medicare already has an exchange: it’s how enrollees get into Medicare Advantage plans. Note: these plans are not going to go away under universal Medicare for the same reason they are not going away under ObamaCare.

Here’s the upshot: In moving everyone into Medicare, we will not have solved a single problem of any importance that we started with ObamaCare.

(Medicare for all? / shutterstock)