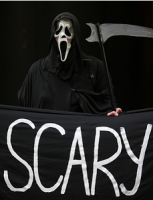 Halloween is just around the corner.  And so is the Grim Reaper…

Halloween is just around the corner.  And so is the Grim Reaper…

I thought it might be fun to talk about the burst of fright that so closely follow that BOOOOOOOO from a ghost or goblin.  We all know it and we have all experienced the terror that rocks our bodies.  A rapid heart rate, a sinking feeling and a strange displacement from time and space that we interestingly fear and (sometimes) enjoy.

Ok, it begs the question.

Can you be scared to death?

The answer is a scary yes!  There are lots of data to suggest that the response to BOOOOOOO can be ventricular fibrillation. Well, sometimes. The physiologic response is well-studied and the surge of catecholamines (adrenaline) have a direct and powerful impact on many aspects of your body, including your heart.  For one, it lowers the threshold for the heart to experience an arrhythmia (or beating abnormality).  And sometimes this can actually be fatal.  More commonly in hearts that are already abnormal, but nevertheless, a burst of fear can be lethal!

It’s nice to know that digital health might play a role in saving your life. AliveCor can take your ECG and Google Glass might even be able to facilitate CPR. And, crowd sourcing your resuscitation is only an app away!

Now think of all the times and places in life where this fright phenomenon occurs.  An amusement park, while driving, a stressful office meeting or even the sudden shock of an alarm clock! (Side bar: the morning is the most common time for heart attacks and in-hospital cardiac arrests!)  It surprised me that more folks aren’t dropping dead.  Or perhaps we don’t recognize the role these “bursts of fear” can play in sickness, disease and death.  Chronic fear is just an other word for stress.  And we all know how that plays out.  I’m just glad that I’m carrying my smart phone–and keeping it close to my heart!

So, next time you hide behind that couch or around that dark corner, think twice about just who you scare the heck out of! 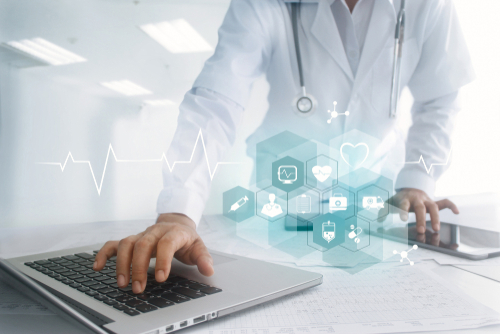 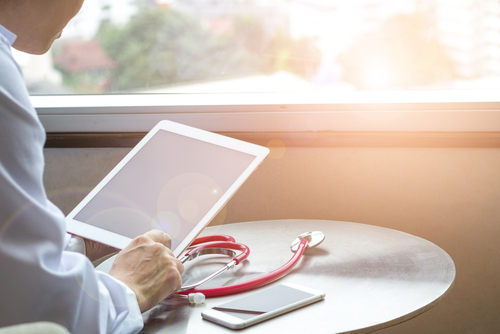 How Can The eHealth System Influence Quality

People’s lives have changed a lot in the past years, making room for