How you feelin’ today, mom?

How you feelin’ today, mom?

Federal law allows states to recover Medicaid costs from heirs. This little known provision is getting more attention as part of the debate over Medicaid expansion. The Wall Street Journal (New Wrinkle for Health Law) wrote a balanced article about it, highlighting consumer fears about having to sell assets while also sharing the government perspective that “estate recovery helps shore up the program for others who need it.”

The online comments and letter to the editor generally support the view that recipients’ estates should have to pay back the government. The letter (First, Estates Should Repay the Taxpayers) is characteristic of the righteous indignation provided by the commenters.

Maybe if the issue were framed differently the commenters would rethink. Two points in particular:

So here’s my question for the commenters and letter writers: Are you willing to expand this logic to Medicare and provide your own heirs with an incentive to form a death panel for you?

Image courtesy of artur84 at FreeDigitalPhotos.net 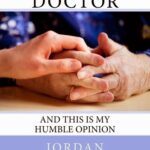 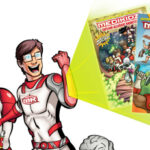