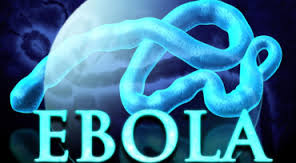 In the light of the first-ever confirmed Ebola case in the United States, questions of procedure and preparedness are humming throughout all fifty states. The patient, a Liberian man who had left Africa and arrived in Texas before symptoms began, has become the center of media attention this week.

In the light of the first-ever confirmed Ebola case in the United States, questions of procedure and preparedness are humming throughout all fifty states. The patient, a Liberian man who had left Africa and arrived in Texas before symptoms began, has become the center of media attention this week. So to, has the Texas Health Presbyterian Hospital become something of a media darling – in so far as they are being heavily scrutinized.

When the patient, identified as Thomas E. Duncan, arrived at their emergency department the first time, a gap in communication between triage nurses and emergency room physicians led to his being sent home. He was readmitted a few days later, when it became gravely apparent that he was infected with Ebola – specifically, the strain currently ripping through Western Africa. He was subsequently admitted and tested – and on September, 30th, the laboratory confirmed that he was infected. When the Director of the CDC, Dr. Tom Frieden, took the podium to reassure the American public that an outbreak wasn’t imminent, he did also confirm that Mr. Duncan was not admitted when he first sought treatment due to a communication error between nurses and doctors in the emergency room.

Those of us who work in hospitals, particularly in bustling emergency rooms, know too well how easy it is for someone- anyone- to drop the conversational ball. Often, while the stakes for such a mistake are relatively low for population health (though, they may be high for the individual patient) in the case of a confirmed Ebola case, the missteps that led to the patient being sent back into the public while he was symptomatic are not to be taken lightly. Ebola is an intense virus for several reasons, but one feature in particular makes it even more so: as soon as a patient has symptoms, they are contagious – and the longer the symptoms are left untreated, the more intense they become – and the more contagious the patient becomes. When Mr. Duncan was released from the hospital, the countdown for ‘patient zero’ began: and now, in the aftermath, while he is safely tucked up in isolation at Texas Presbyterian, the CDC epidemiologist (called ‘disease detectives’) are fervently trying to track down every single person Mr. Duncan came into contact with once his symptoms began.

For those of us charged with identifying and strategizing around protocols and operations in hospitals, the gravity of this lapse isn’t lost on us. But, so to we realize that the issue of miscommunication – or lack of communication – isn’t a problem unique to Texas emergency rooms. Truth be told, that could have just been easily been the emergency room at the hospital where I work, which is within a reasonable distance from two major international airports. The issue of ED throughput and the ongoing interest in improving is not to be taken lightly by any hospital, certainly not now, in the wake of such a close call.

In the case of Mr. Duncan’s first emergency room visit, the nurse who performed the initial assessment did suss about that he had just traveled from Liberia – a hotbed for Ebola. The gap came not in the nurse’s assessment, but the timely communication of that information to the doctor who ultimately treated him. When he initially presented, it appeared to the MD that he had a mild viral illness – the patient’s fever was not yet very high and he had not yet reached the peak of Ebola symptoms. Whether the doctor had the information about the patient’s travel and disregarded it, or, was not made aware of it in the first place is up for debate. In either case, though, a communication failure between nurses and doctors had grave consequences in this case. While the media is tempted to lambast the Texas ER, the truth is, these communication issues exist in healthcare regardless of demographic. Was the patient’s travel properly charted? Did the MD who treated him review the nursing documentation? The hand-off of information in this case is questionable.

No doubt the C-Suite that oversees Texas Presbyterian is hard at work this week looking at every element of Mr. Duncan’s case and identifying areas of weakness. In any hospital, after any sentinel event, this type of intense internal review is required to occur. An external review, as well, is likely to happen in the near future – and most likely, the Texas hospital will be grateful for it. With a near-miss this great, the leadership will need to take accountability for the weaknesses in ED procedure but also do more than just vow to improve upon them. In the coming weeks, not only will an action plan need to be in development, but actionable changes in their ED policies and procedures will need to become reality. Everyone from the teams responsible for cleaning up patient rooms to the most senior doctor needs to be expected -and willing- to make changes to how they do their jobs. In any hospital in the nation, it’s ultimately the accountability and drive of the leadership that will determine how employees – and ultimately patients- fare in the constantly shifting healthcare landscape.

As a former medical records analyzer, you can bet that my first thought when news of the Ebola patient hit the headlines was, “Gee, I wonder what the documentation was like on that patient that allowed this to happen.” As someone who has a background in processing both physical and electronic patient records, I’ve seen my fair share of shoddy documentation practices. In many hospitals nationwide, these shoddy practices are allowed to continue because there’s a lack of documentation improvement programs in effect and there is low accountability on the documenting physicians. In some hospitals, privileges are revoked if too many episodes of poor documentation occur – in other hospitals, these sloppy practices continue and have evolved to include the electronic documentation, which is arguably even more complex and prone to error than physical, handwritten documentation. You might think this is counterintuitive, but for many older physicians, the electronic record might as well be something out of a Star Trek episode. Not only are they uninterested in mastering it, they’re resentful that they are even being asked to make changes in the first place. But what the electronic records can do that a physical, paper chart cannot is cull data over long periods of time and alert those of us who look at that data of trends in the way physicians and nurses document. We can run reports on anything – and the results of that reporting can be extremely useful. Had there been regular reporting about patient hand-off practices, it’s possible that Texas Presbyterian may have foreseen that a communication gap existed in their ER – and that it had the potential to adversely affect patients. And in the case of Mr. Duncan, the population health of the nation.

Again, it might seem like we’re a broken record, but the culture of American healthcare and American hospitals has got to change. Emergency rooms, hospitals and other healthcare organizations need to be patient-centered. You might be saying, “if they aren’t already patient-centered, than what are they? Why have them if not for patients?” The short answer is money, of course. Healthcare has evolved to become a lucrative business in many ways, but very little of that revenue actually is funneled back into the hospitals in ways that improve patient outcomes. Part of this is due to overwrought administrative costs. And part of this is just an issue of culture. Many people who work in healthcare, at all levels, are frustrated. They are overworked and underpaid, they have lost the independence of their practices because of hospital mergers and acquisitions that were required of them in tough economic times, they either don’t have access or resources to continued education, they have more patients than they can reasonably see in a given day, and thus, the time spent actually seeing patients dwarfs in comparison to the amount of documentation they have to do – just to be compensated. The cultural shift has begun to stir, with the advent of the Affordable Care Act and the Patient-Centered-Medical-Home, but still, there is a long laundry list of concerns that must be addressed before we’ll begin to feel these changes taking effect.

It should go without saying, no matter how prepared you are most days, there will inevitably be events that you could not have adequately prepared for. Accidents or public health crisis, especially something as unprecedented as an Ebola outbreak of this magnitude, require a different kind of preparedness – the ability to communicate that your department is in the midst of chaos, but that you have procedures in place to make sure things are still running smoothly.

In times like these, what you can’t offer patients is usually a timeline – because this has become a variable that you no longer have any control over. What you can do, however, is improve their confidence by exhibiting humble transparency about the situation and assuring them that everyone is doing their job and working to the top of their licensure in an attempt to keep things orderly and efficient.

That being said, in times of distress patients deserve your honesty. You’d always be surprised at how far simple social graces can get you in trying times. Consistent updates, rounding and even just acknowledging the patient’s patience (a simple “thank you” will do) means a lot more to an anxious waiting room than feeling forgotten about. It will also, no doubt, quell the anxiety and fear-mongering of the media frenzy around the Ebola virus – one that doesn’t appear to be slowing down anytime soon.