A doctor practicing homeopathic medicine was accused of administering a lethal dose of an unapproved drug to a toddler in Arizona.  She was required to appear before the Florida Board of Medicine last Friday, October 9, 2015.  It may seem odd that a doctor licensed and practicing medicine in Arizona would have to answer to the Florida Board of Medicine.  However, even though she left the state nearly two decades ago, Martha Grout, M.D., presently holds a medical license in Florida as well.  Therefore, she is still subject to disciplinary proceedings by the Board of Medicine in Florida, even though her actions may have taken place in another state.

For more details on the facts leading up to the discipline from the Florida Board of Medicine, read the full story as reported by Health News Florida here.

While homeopathy is illegal in the state of Florida, it is an acceptable style of medicine allowed in Arizona where Dr. Grout was practicing at the time of the incident.

“…she violated the standard of care because she had not tried all the currently accepted mainstream medical treatments before trying amydalin.  [Additionally]… she should have made sure that the substance would not harm the patient.”

A settlement was entered into between the DOH and Dr. Grout on October 9, 2015, wherein Dr. Grout agreed to relinquish her Florida license within ten days of receiving a final order from the Florida Board of Medicine.  In exchange for her license, the Florida Board of Medicine merely imposed a “letter of concern” (which is less severe than a reprimand), and a $2,500 fine.

While several of the Florida Board of Medicine members were indignant, believing Dr. Grout’s license should have been suspended or revoked, most of the members were content with the voluntary relinquishment of her license ensuring she would not ever be practicing in Florida.  As reported by Carol Gentry for WUSF, Health News Florida, Dr. Nabil el-Sanadi of the Florida Board of Medicine commented in regard to Dr. Grout calling her a “public threat” and “very, very dangerous.”

To read more on the outcome as reported by the Health News Florida, click here.

What is Homeopathic Medicine?

The National Center for Complementary and Integrative Health (NCCIH) defines homeopathy (also known as homeopathic medicine) as an alternative medical system that was developed more than 200 years ago.  Its practice involves administering to a person a diluted dose of a substance (typically derived from plants, minerals, or animals) that would be harmful if given full-strength.  The NCCIH says, “there is little evidence to support homeopathy as an effective treatment for any specific condition.”

This case dealt with the administration of amygdalin to a toddler as a treatment for cancer.  Amygdalin is a potentially fatal (if ingested in excess) bitter cyanogenic glucoside found in the pits of several fruits and other plant parts.  When crushed and moistened it produces an enzyme that catalyzes resulting in a chemical reaction leading to the release of hydrogen cyanide.  Common myth has long touted it as being a “cure” for cancer, along with bee stings and other unproven treatments.  However, no current scientific evidence backs its efficacy.

For more information on amygdalin (also known as Laetrile) from the National Cancer Institute, click here.

To read about current scientific research for cancer “cures” involving the venom of the Brazilian wasp, click here.

Some Things You Should Know if You Find Yourself in Front of The Board of Medicine or Being Prosecuted by the Department of Health.

Professional licensing matters are considered to be “penal” or “quasi-criminal” in nature.  Therefore, in Florida, you retain your Fifth Amendment constitutional rights and cannot be required to give evidence against yourself.  However, there is no requirement that the DOH investigator or attorney advise the licensee of this right since the proceeding is an administrative matter and not a criminal matter.

If you enter into a settlement agreement and attend an informal hearing to have it approved, nothing you say or testify to at this hearing can be used against you at a later time.  It is considered to be the same as a settlement negotiation and similar to a mediation.  The law attempts to promote settlements among parties by providing a confidential setting where openness and honesty are valued (and even necessary), free from possible retribution or self-incrimination.  Therefore, it is a general rule that nothing the parties say in a settlement proceeding can later be used as evidence, if ultimately the settlement agreement is not approved.

For more tips on preparing for an administrative proceeding, read one of our past blog posts here.

There are many rights a physician has in Florida that he or she may not have in other states.

By Jennifer Warren
This is Jennifer Warren, staff writer at GoodFirms – a review and research platform for top ecommerce development companies, blockchain development companies among many others. A bookworm at heart, I have successfully guest blogged for top sites such as Crazyegg, Semrush, Searchenginepeople, Sitepronews, Volusion.com, Socialnomics, jeffbullas, mediapost among others.
Previous Article 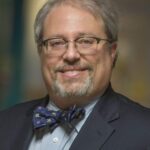 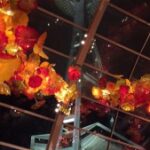