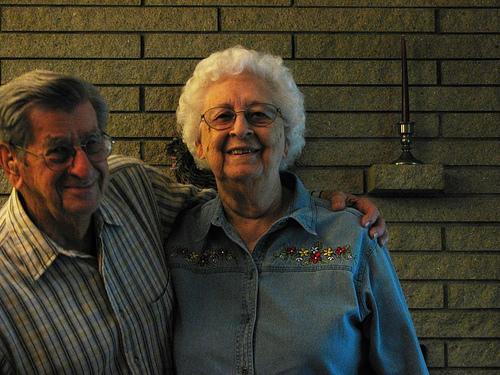 It is often assumed that family caregivers are having a hard time of it all around, with their own health suffering as a result of taking on the responsibility of an ailing or disabled spouse, parent, sibling, or child. New research from Johns Hopkins University dispels these notions: a team of scientists found that caregivers have a slightly longer life expectancy when compared to non-caregivers.

It is often assumed that family caregivers are having a hard time of it all around, with their own health suffering as a result of taking on the responsibility of an ailing or disabled spouse, parent, sibling, or child. New research from Johns Hopkins University dispels these notions: a team of scientists found that caregivers have a slightly longer life expectancy when compared to non-caregivers.

“Negative public health and media portrayals of the risk of family caregiving may do a disservice by portraying caregiving as dangerous, and could potentially deter family members from taking on what can be a very satisfying and healthy family role,” David L. Roth, Ph.D., director of the Johns Hopkins University Center on Aging and Health and lead author of the study, stated in a press release. “Public discussions of caregiving should more accurately balance the potential risks and gains of this universal family role.” The Reasons for Geographic and Racial Differences in Stroke study (REGARDS) is a research project intended to assess the excess stroke risk among African Americans living in what’s sometimes referred to as the nation’s “stroke belt” — the Southeast. Sponsored by the National Institutes of Health, REGARDS gathered data from over 30,000 people, aged 45 years or older, to be used for analysis.

To conduct an independent study, Roth and his colleagues pulled out records on a representative population of 3,503 family caregivers contained in the REGARDS database. Then, the researchers matched this group to 3,503 non-caregivers, who were similar based on 15 common variables, including demographics, health history, and health behaviors.

“The statistical methods we used were unique and innovative and our large national database, which included a large number of African-American caregivers, is what really sets our research apart,” Roth stated in a press release. After crunching the numbers and then analyzing the resulting data, he and his colleagues discovered that 264 or 7.5 percent of the caregivers died during an average six-year follow-up period. Yet, this number was significantly lower than the 315 (or nine percent) non-caregivers who died during the same period. Next, the research team constructed a proportional hazards model, a type of survival-risk model used by statisticians, and found that caregivers had an 18 percent reduced rate of death compared with non-caregivers.

After looking more closely at the numbers, they discovered the numbers also held for individual subgroups; in other words, when they separated out according to race or sex or familial relationship, the rates of death compared with matched non-caregivers remained the same. Despite his very positive findings, Roth cautioned that his research had limitations and noted that previous studies have sometimes provided contradictory evidence. One example is provided by a study conducted just last month.

Within the healthcare community, it is a well-known fact that dementia patients, and more specifically Alzheimer’s patients, present particular challenges to their caregivers. Many believe the main difficulty in caring for a dementia patient is the patient’s utter lack of acknowledgement: What could be more disheartening than when a loving spouse or parent fails to even recognize his or her caregiver? Yet, it may simply prove to be more time-consuming and stressful than caring for someone who is ill or disabled in some other way.

To learn more about this special challenge, a set of researchers from the University of Louisville set about examining the prevalence of chronic illnesses among informal caregivers of persons with dementia (PWDs). They worked with a smaller sample population that included 124 caregivers of PWDs and gathered their information by conducting in-person interviews. Having collected the appropriate data, they returned to their computers and began a formal analysis.

According to estimates from the National Alliance for Caregiving, 65.7 million Americans (or 29 percent of the adult U.S. population) served as family caregivers during the past year. Estimates suggest that the majority of caregivers — somewhere between 59 percent and 75 percent — are women. It has been suggested that caregiving may frequently consume family financial resources as well. Yet, Roth and his team of researchers at the Center on Aging and Health are discovering this essential role may also provide benefits.

“In many cases, caregivers report receiving benefits of enhanced self-esteem, recognition and gratitude from their care recipients,” Roth stated in a press release. “Thus, when caregiving is done willingly, at manageable levels, and with individuals who are capable of expressing gratitude, it is reasonable to expect that health benefits might accrue in those situations.” 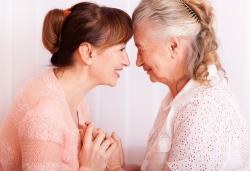