Fight the Flu. It Starts with You.

Influenza (better known as the Flu), has always been a potentially deadly illness, but most strains can be fought off by young healthy people. A person with influenza or a similar illness will likely experience fever, body aches, joint pain, headache, fatigue, runny nose, sore throat, and cough. In an urban medical setting, it can be difficult to determine which virus is causing an illness; in a wilderness setting is basically impossible.

Since the treatment for flu-like illness focuses on relieving symptoms, the cause doesn’t really matter. Treat for dehydration, give acetaminophen or NSAIDs for pain and fever relief, and watch for complications. If your patient experiences shortness of breath or has a fever and is unable to maintain hydration, they need to be evacuated.

Preventing the spread of influenza is relatively easy. Arguably the easiest and most effective way to protect yourself is to wash your hands. Reminding people to cover their nose and mouth when they cough and sneeze also does wonders. A simple cold can last for up to two weeks before it runs its course, but will be milder than the flu.

Officials at the CDC don’t want to be alarmists, but they have issued a warning that the flu season is definitely upon us, and early indications are that this could be the worst flu season we’ve had in recent years.

Most of us can probably attest to the onset of the flu season. Many employees have lost time at work because of flu-like symptoms and for some people, the holidays was a time spent in bed trying to get well from whatever was causing the aches and pains.

The flu usually manifests itself with a high fever, fatigue, body aches and a cough. Health officials remind us that the symptoms can come on quickly and often last for several days.

The best way to prevent the flu or at least lessen its severity if it does strike is to be vaccinated. The vaccine is available at most pharmacies including CVS, Rite Aid, Walgreen’s, and more.

In addition to receiving the vaccine, health officials urge residents to WASH YOUR HANDS frequently with soap and water. If you are sick, please stay at home. While some people think it’s valiant to go to work or school while they are sick, the reality is a sick person won’t perform well at his or her job in that condition; and a sick child almost certainly won’t retain any information learned that day. Not to mention, they’ll help to spread the virus!

The elderly, young children, and chronically ill people are at especially high risk of complications from the flu. We strongly recommended to get vaccinated; especially if they are in, or interact with those groups.

The flu is no laughing matter. It makes people feel lousy and can even kill in some circumstances. So heed the warnings and act responsibly to prevent yourself and others from becoming ill.

Great. I’ve Got The Flu… Now What?
If you’re unlucky enough to get the flu, remember to get plenty of rest, stay well hydrated, and take medications that work well against fever. Ibuprofen (ex. Advil) has been shown to reduce fever nearly twice as fast and more effectively than acetaminophen (ex. Tylenol) or even aspirin (ex. Bayer).

Also, be sure to stay on top of your hygiene; wash your hands frequently to help prevent spreading your illness to others, take a nice hot shower, and brush your teeth frequently. Not only does it help your system stay strong, but you feel a whole lot better afterwards! Lastly, despite the fact that you probably won’t feel like eating, eat a bland diet consisting of bananas, rice, applesauce, toast, and yogurts with live culture.

Are You Protected from Germs? Check Out 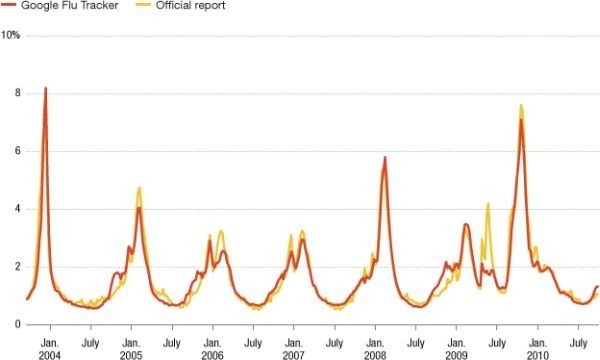