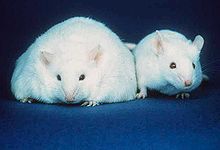 Fighting Obesity in America: Has Weight Loss Gone Too Far? One cannot escape the issue of rising obesity rates in the United States. A current statistic predicts that by the year 2030, 42% of us will be obese. The ramifications of this ponderous eventuality could indeed weigh down and sink the nation. Some of the consequences include:

Of course, the percentage of us who are deemed to be obese depends upon how we define the condition. Look what the medical experts have done with blood cholesterol levels, with the assistance of Big Pharma. As the threshold for a normal cholesterol value has steadily been lowered, more and more of us will be diagnosed with hypercholesterolemia. If the trend continues, the entire nation will be diseased and we will be urged to ‘statinize’ ourselves.

What harms one person saves another. Even natural disasters create jobs and keep entire industries profitable. Similarly, the movement against obesity threatens many livelihoods. Here are a few folks whose incomes would suffer if the nation slims down.

Obesity has been demonized and has created industries to combat it and ostensibly to improve the nation’s health. Crusades have arisen, spearheaded by the First Lady to protect kids from the heartbreak of heft. Dietary police will be roving the countryside targeting establishments that are pushing poisons on us, including doughnuts, chicken wings, funnel cakes, movie popcorn and Haagen Dazs ice cream, which creates the best vanilla ice cream in the world.

But before we create a national movement to stamp out corpulence in our lifetime, consider the economic consequences. (Why do you think that cigarettes are still legal?) Many folks depend upon our excessive poundage to feed their families and run their businesses. Weight loss is a job killer. To those who aim to destroy America one pound at a time, where’s the outrage?