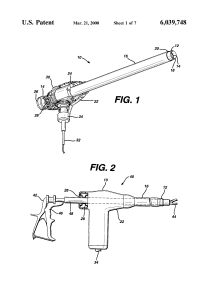 It’s bad enough when your GM SUV turns into a rolling fire hazard.

It’s bad enough when your GM SUV turns into a rolling fire hazard. Imagine needing, and getting, a hysterectomy, only to discover that the surgical procedure itself turned you into an advanced stage cancer patient? That’s exactly what’s been going on since power morcellators became common in laparoscopic uterine surgery to remove fibroids. In morcellation, the fibroid tissue, and/or the entire uterus, is ground up prior to being sucked out of the abdominal cavity. I’m sure that you, and I, can do the biological math on this question, “What if that fibroid is cancerous?” Yep, that would mean that previously encapsulated cancer cells would be set free to run rampant through the aircraft – the patient’s body – spreading its metastatic self far and wide. Why didn’t anyone at the FDA do that bio-math? Turns out that when these devices were approved in the late ’90s, since other similar devices were already on the market, no clinical trials were ever done. Here’s a graf from the NY Times back in April, talking about this very thing:

“Morcellators were allowed onto the market in the 1990s without the usual clinical trials in patients because they were similar to other devices that had already been approved — a process that critics of the agency say can lead to safety problems like the one that has now been recognized.”

I’ve known about morcellators for only about 10 months – which is surprising, considering my interest in medical quality and patient safety – but my eyes were opened by my buddy Gilles Frydman, the man who started the Association of Cancer Online Resources (ACOR), which gets credit for helping some friends of mine, including ePatient Dave himself, save their own lives by giving them the information they needed to fully participate in their own care. Gilles is also behind SmartPatients.com, but I digress. Gilles tipped me off to the morcellation controversy when we were both at a meeting at a major pharma company – irony! – and asked me to add my voice to the “Morcellator, begone!” chorus. Which I did. I was delighted to see stories in Medscape and the Wall Street Journal about the FDA warning. But I was not delighted at the fact that it was simply a warning, and an end to sales, not a full-on recall. Because that means that morcellators are still out there in surgical suites and ORs across the globe, putting women’s lives at risk. One bright spot in this morcellated mess arrived in my inbox last Monday (Aug. 4, 2014) from American Recall Center. I saw the send address, and wondered if my car was getting recalled again. When I opened the email, I discovered that American Recall Center is all and only about medical device and pharma recalls – what a great idea, and how double-delighted I am to learn of its existence. Here are the facts about morcellation, and its unintended outcome in gynecological surgery:

If you’d like to know more, visit the ARC’s power morcellator page. If you’ve had a hysterectomy or myomectomy where a morcellator was used, you can get a claim review, gratis, from ARC. Add your voice to the “Morcellator, begone!” chorus – let’s not leave it at “warning,” let’s get these power tools from hell removed from medical practice, shall we? Addendum: Turns out there’s a page on the ARC site that actually talks about GM recalls. So my opening comment turns out to be not *just* snarky.