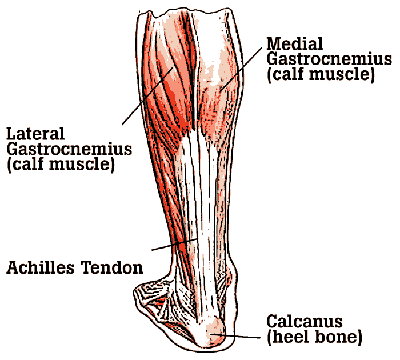 Got Cipro? If You Exercise, Be Careful!

A couple of weeks ago I got sick and self-medicated myself for two days with a course of ciprofloxacin (or Cipro), until I got a chance to talk to my primary physician. She agreed with my tentative diagnosis and prescribed a full course of Cipro. Now, I had used Cipro before. In fact, whenever we travel we pack it in case we get a case of turista. I viewed it as necessary and commonplace as ibuprofen for pain. So I was surprised when my doctor cautioned me against strenuous exercise, because a major side effect has been recently identified: tendinitis, and worse: tendon rupture. Having gone through the agony of Achilles tendon rupture during a marathon race, and surgery for a ruptured biceps tendon, her warning put the fear of God in me. Indeed, when I got the cipro bottle the first thing that tumbled out was a warning about tendon problems.  I decided to investigate.

Cipro belongs to fluoroquinolones family of antibiotics. They are one of the most commomly prescribed classes of antibiotics. The reason for their popularity with physicians and patients alike is their broad-spectrum anti-bacterial activity, and their high tissue distribution. These drugs are generally well-tolerated, and adverse reactions are pretty uncommon; nontheless, if the do occur, they are pretty unpleasant.

Fluoroquinolones were reported to cause dysglycemias (hyper and hypo-glycymia) cardiac arrhythmias, neuropsychiatric events, corneal perforation (topical application only, and by another fluorofloxacin, not cipro), andmost important to exercise fanatics: tendinitis, and tendon rupture. The most common tendon to be affected is Achilles tendon, but other tendons are fair game as well.

Did Paris kill Achilles with a well-aimed arrow, or with a cipro pill?

It is still largely unknown, but a good guess is that since tendons are almost purely collagen, cipro must either interfere with the production of collagen, or cause its destruction. To find out which it is, we can actually play a bit of a biochemical detective game.

Collagen’s half-life, meaning its turnover rate, is extremely long; it takes months to completely replace collagen molecules with newly-synthesized ones. As a matter of fact, collagen has the longest half-life of all the tissues. So if tendon rupture was caused by interference with its synthesis it would have taken weeks or months to occur. In fact, tendon problems can surface within days, or even within hours of taking the drug.

The altenative possibility, destruction of existing collagen, is consistent with the acute occurrence of tendon problems. Although we don’t have in vivo evidence, there are suggestive in vitro experiments. If macrophages are incubated in the presence of fluoroquinolone drugs they secrete enzymes called metaloproteinases that have an interesting activity: they break down collagen molecules. admittedly, this has been shown in petri dishes, and we are far more complex than laboratory dishes. Still, the report on corneal perforation says that it happened when a fluoroquinolone was applied topically to the cornea-quite similar to the petri dish experiment. And yes, cornea is made mostly of  collagen.

Why only tendons (and possibly cornea)?

Indeed why? collagen is the most ubiquitous molecule in the body. It makes up the skin, the dermis that underlies the skin, it anchors all the internal organs, it forms tendons and ligaments. And that’s only a partial list. What makes tendons so special?

I couldn’t come up with a good answer to that question. Other collagen disorders, such as structural mutations, result in widespread and debilitating effects. Why not the fluoroquinolones?

I think that it is a matter of awareness. The realization that these antibiotics can affect collagen is relatively recent. Adverse effects of these antibiotics will be treated now with a much higher index of suspicion. This week we were treated to an article in JAMA titled “Oral Fluoroquinolones and the Risk of Retinal Detachment”. The exact mechanism is unknown, but the retina is attached to the cortical vitreous by a complex matrix of collagen fibers.

Anatomy of the eye

Should you take fluoroquinolones?

The answer is a resounding YES. The drugs are extremely effective, and very safe. These adverse effects sound scary, but they are rare. If you exercise -be aware of your body; stop when you experience the first signs of joint, muscle or tendon pain. And as always, talk to your doctor.