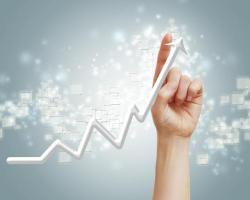 “The future’s uncertain, and the end is always near.” Although a tad grim, Jim Morrison’s lyrics contain a certain and unwavering truth.

“The future’s uncertain, and the end is always near.” Although a tad grim, Jim Morrison’s lyrics contain a certain and unwavering truth. Nevertheless, events that have a powerful impact often build over time, and so, in many instances they can be foreseen in advance. Looking ahead to 2014, then, we may not be able to predict what will be, but we can certainly point to a few developing trends. Based on expert opinion, slowly building trends, and economic numbers, expect these six issues to be the top drivers of news in the area of health throughout the coming year.

For the first time ever, outdoor air pollution was officially classified as carcinogenic by the World Health Organization (WHO) in October 2013. Exposure levels to air pollution have increased significantly in recent years, the agency reported, particularly in rapidly industrializing countries with large populations. In fact, it has become a leading cause of cancer deaths. Throughout the year, there were also reports of air pollution linked to rising asthma rates in children, yet scientists have also extrapolated more abstract effects. For instance, one group of researchers discovered the toxic mix of air pollution and stress during pregnancy could lead to behavior problems in children.

Finally, consider the recent news that Chinese smog is blowing our way. Although the levels are small and not causing trouble yet, scientists believe they have been steadily rising since 1995. Meanwhile, in everyone’s worst case scenario, the still failingFukushima Daiichi power plant began to leak what many suspected to be contaminated water in Japan. Although this is clearly an isolated event, nuclear reactors all around the world are aging and just like people, technology and infrastructure may begin to experience some difficulties if they are not properly attended to in time. Might similar breakdowns occur elsewhere?

Whether they are overprescribed, accidentally used, or intentionally abused, prescription drugs, in particular, prescription strength pain-killers, made headlines throughout 2013 and should continue to do so in 2014. Prescription drugs are more available to most Americans; a report issued by the National Center for Health Statistics estimates that nearly half (49 percent) of Americans took at least one prescription drug during the past 30 days during 2007-2010. This is an increase from the period between 1988 and 1994, when 38 percent of Americans could say the same. This swelling movement, in and of itself, should not be an issue if these medicines are aiding health care, but in tandem with increasing access, many problems are arising.

The prescription drug crisis, and it is exactly that, is all about friends and family sharing unused meds, adults lying to get prescriptions for pains they do not feel, teens stealing from their parents’ medicine chests, and dear old Mom selling her “leftovers” online to earn an extra 50 bucks during the holidays. This is one problem that is not easily disappearing.

“Superbugs” is the name given to what scientists call antibiotic resistant bacteria — those bugs that have the ability to withstand the effects of an antibiotic. Why are superbugs an issue? An example tells the story best. A patient who is sick with some typical infection is given a prescription for the usual go-to antibiotic, one that has always effectively killed the cause of the illness in the past, but now the drug simply doesn’t work. So an illness we currently think of as easily cured is suddenly anything but that. Infected by certain drug-resistant pathogens, in fact, may increase the possibility of a patient’s death by 50 percent.

Again and again, Dr. Margaret Chan, director general of WHO, warns of this problem:  “In the absence of urgent corrective and protective actions, the world is heading towards a post-antibiotic era, in which many common infections will no longer have a cure and, once again, kill unabated.” Though her simple words clearly need no further explanation, it must be stated that around the world many scientists agree. Over the years, many studies have demonstrated that overuse of antibiotics greatly affects the number of organisms that develop resistance. Unfortunately, though, this is where many people become confused. This problem is not about an individual’s personaluse of antibiotics, but the extensive patterns of use throughout the world, including antibiotics mixed into the feed of animals produced for food, such as chickens and cattle, in order to promote their growth. Like all bacteria, strains of newly resistant bacteria from both human and animal sources spread naturally. In fact, they’ve gone global, and for this reason, superbugs have become not just a national problem but a worldwide concern.

Methicillin-resistant Staphylococcus aureus (MRSA) infections, for instance, occur in people who’ve been in hospitals or other health care settings, such as nursing homes. The latest headline-grabber, though, is carbapenem-resistant Enterobacteriaceae(CRE), which can cause blood, bladder, and lung infections that can descend into life-threatening septic shock.

Accidents, which include all unintentional injuries, are the fifth leading cause of deathin America. Although the actor Paul Walker’s death in a car crash may be tragic, it unfortunately is relatively common; 89 people are killed in the same manner each day. Plus, more than 2.3 million people are treated in emergency departments as the result of being injured in motor vehicle crashes. Other sources of accidents includeunintentional poisoning.  These accidents, which include small children drinking a toxic cleanser found under the sink, cause 33,041 deaths a year. Another type of injury, self-inflicted harm, also made headlines in 2013. For the first time ever, suicidemoved into the list of top 10 causes of death in the U.S., while the sad results of self-inflicted wounds also rose. In fact, when the CDC released its mortality statistics during the past year, it listed 713,000 emergency room visits for self-inflicted injury alone.

One reason this will become an increasingly important trend going forward is the fact that this problem particularly afflicts the elderly. Falls, for example, are the leading cause of injuries among seniors, and the leading reason for hospital admissions; one in every three seniors (age 65 and older) falls each year. The elderly are also twice as likely to die in a home fire as the general population. With a swelling population of older adults, the issue of accidents and injuries should become an increasing source of worry and expense for many as well as the health care system as a whole.

Speaking of the elderly, although this may sound like a joke ready-made for a talk show host, HIV among older adults is very much the opposite of that. Alarm exists in part because those with known infections are aging but another factor also contributes to the problem: 17 percent of new HIV diagnoses are adults over the age of 50.  At the same time, experts believe about one in five people who are living with HIV have not been diagnosed. In all likelihood those who have not been diagnosed are more likely to spread the infection yet this is especially true if they are older adult heterosexuals (and their partners are near their age), as many in this age group no longer use condoms.  In addition, stereotypes about sexual activity and drug use among older people — more than 16 percent of AIDS cases among older adults are related to injection drug use — means this problem easily goes unrecognized.  It also means that seniors are under-represented in research, clinical drug trials, and prevention programs.

Generally, a late diagnosis for anyone means a poorer outcome and a more rapid progression of the disease, but in older adults this is even more typically the case due to immune systems that are weakened and growing even more so with each passing year. Finally, older people may not request an HIV test (and their providers may not suggest one) because the virus’ symptoms, which include fatigue, dementia, skin rashes, and swollen lymph nodes, mimic those that accompany old age.

Finally, we’ve saved what many believe to be the most troubling trend for last: medical tourism. According to the Centers for Disease Control and Prevention (CDC), anywhere from 60,000 to 750,000 medical tourists travel around the world seeking health care and cures each year. This, then, is one reason the practice may be considered problematic to many; numbers tend to get a little fuzzy when the business of health care, as it currently exists, is conducted on a global level. When considering some of the procedures covered under the broad umbrella of medical tourism, including organ donations and surrogacy, the same might be said of ethics.

Is it right for a person of wealth to buy an organ or rent the womb of a person living in third-world conditions — even when that act is voluntary on the part of the donor?  After all, many would argue that such an act can never be considered voluntary when survival is at stake for one party. Worse, the rise of organ trafficking suggests it may be impossible for a patient/recipient to know whether the organ received is voluntarily donated or, as urban myth would have it — but may be a reality in some cases — stolen. Although this may not be easy to prove, the World Health Assembly’s 2004 resolution speaks volumes when it urges member states to “take measures to protect the poorest and vulnerable groups from ‘transplant tourism’ and the sale of tissues and organs.”

On the flip side, a patient facing death should also be seen as a victim in the face of medical tourism. How many who face a death sentence in the U.S. because of steep costs or higher standards of treatment would be able to resist the lure of traveling somewhere to a less-expensive medical treatment or experimental drug still unapproved by the FDA? Medical tourism is increasing the spread of superbugs, contributes to a global problem of organ trafficking, and often exposes a patient to substandard medical care that will lead to certain death. Is this really a perk of globalism? 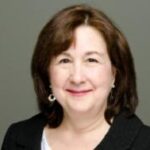 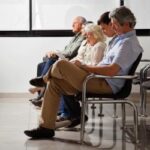 Are We About to Face a Severe Doctor Shortage?