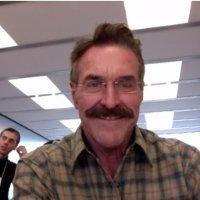 Health Reform Beyond the ACA: Are We Inching Towards Consensus?

Most policy people will acknowledge that the Affordable Care Act is only the first step toward reforming our bloated, expensive, inefficient and often unfriendly health care system.  Much more will need to be done to ensure health care sustainability.

Most policy people will acknowledge that the Affordable Care Act is only the first step toward reforming our bloated, expensive, inefficient and often unfriendly health care system.  Much more will need to be done to ensure health care sustainability. John (Jack) Lewin MD from the National Coalition on Health Care (NCHC) in Washington DC and former CEO of the California Medical Association and of the American College of Cardiology) and colleagues, Lawrence Atkins PhD of the National Academy of Social Insurance and Larry McNeally, also of the NCHC) have published an interesting “Viewpoint” in the October 23 issue of JAMA.  In this article they summarize key elements of plans to reform the US health care system from seven prestigious policy organizations:

The authors point out that many of these elements are common to the all of proposals of these organizations.  Two of the features that everyone agrees on are that we need value-based payment reform (out with fee-for-service and in with payment for better care, more satisfied patients, and measured outcomes) and value-based insurance design (lower cost share for services that really help patients, such as drug treatments for diabetics and incentives for healthier behaviors, including treatment adherence).

Features related to efficiency of administration and markets include HIT, antitrust, medical malpractice, evidence-based benefits, and work force issues.  Missing from the list are efforts to weed out fraud and abuse, including overbilling.  Recently, a friend of mine was charged $8000 by a Northern California community hospital for a head and neck CT.  A quick check with an Idaho-based radiologist’s billing department showed that this is more than triple what they charge for their most expensive CT of that body region:

Overbilling by providers whether to make up for losses due to declining volume or other factors, places a significant financial burden on patients and whoever else is paying the bill.  It must be addressed.

Other policy elements had less consensus with only 4 of the seven proposals favoring Medicare Structural reforms, taxes or caps.  The Urban institute was an outlier in this analysis basing its hope for reform only on value based payment reform and insurance design as well as Medicare structural reforms and Taxes. Achieving even a fraction of these proposed reform elements likely will be even more painful than getting the ACA passed and not repealed.  If you think the anti-Obamacare-ites hate national insurance reform, wait until they start chewing on caps, taxes, and payment reform.