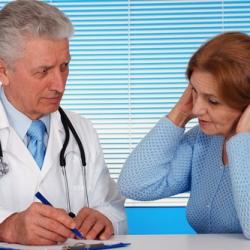 I spend a lot of time thinking about and researching issues around access to health care. Typically, when we–the American people–think about access to care, we think about one thing: health insurance. And, while it is absolutely true that having health insurance is an important component of access to care, it is not sufficient in and of itself. What insurance does is help address one component of access, namely affordability. For, without insurance, most of us are unable to afford health care, which is generally quite expensive. But assuming you have insurance, there are frequently other barriers to access. For example, many people with insurance are unable to get time off of work to go to a doctor appointment, or they cannot afford child care. Perhaps they have no viable means of transportation to the doctor’s office, or no one speaks their language when they get there. These are examples of what we might call “non-financial” barriers to care, although at their root, many of them actually arise from limited financial resources.

But even beyond these financial and non-financial barriers, there can be other obstacles. One of these is the so-called “willing provider” problem. The short and sweet version of this is that even if you have health insurance and face none of the non-financial barriers to access, you still have to be able to find a provider who is willing to provide care to you. None of us are entirely immune to this problem. In fact, just about a year ago, I remember going to an urgent care clinic that had a sign at the check-in desk informing patrons that they did not accept Harvard Pilgrim health insurance. You see, insurers contract with networks of providers, and some providers refuse to see patients who are insured by a company with whom the providers have not contracted—even when that insurer is a highly touted private firm.

The real concern, though is the willing provider problem in Medicaid. The reason is simple: Medicaid patients can often be in poorer health than the rest of the population, and Medicaid has set very low reimbursement rates. Consequently, many providers opt not to accept Medicaid patients, because they would rather see higher-paying privately insured patients. This, obviously, creates an issue in ensuring that low-income individuals have adequate access to health care—and is very concerning given that the expansion of Medicaid is an integral component of the Affordable Care Act.

In the July issue of Health Affairs, Sandra Decker provides us with estimates of the scope of the willing provider problem in Medicaid. She finds that, on average, 29.9 percent of physicians do not accept new Medicaid patients. While there are some places, like community health centers, where the refusal rates are as low as 5.8 percent, there are also particular specialties where the rates are alarmingly high. For example, 43.6 percent of internal medicine physicians do not accept new Medicaid patients. For orthopedists, the figure is 40.0 percent. For dermatologists, it’s 44.5 percent. And, for psychiatrists, it’s 56.2 percent. What this means is that, if you are covered by Medicaid, somewhere between one-third and one-half of the doctors in this country are essentially non-existent to you. When you then begin to think about where the remaining one-half to two-thirds are located geographically, you realize that there are gaps all across the country with no physicians at all.  Or, if there are some willing providers, you have to remember to account for the non-financial barriers once again.

Clearly, the Medicaid expansion alone is insufficient to guarantee access to health care. Just how many barriers will remain, and how bad the problem will be is difficult to predict, but at least we’ve taken a step in the right direction.