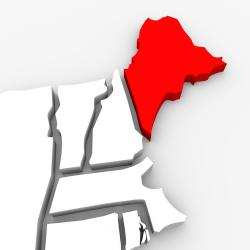 Will Maine Legislation Punish the Messenger? So far, Maine has resisted the temptation to grab new federal Medicaid dollars dangled by ObamaCare.

So far, Maine has resisted the temptation to grab new federal Medicaid dollars dangled by ObamaCare. However, due to relentless lobbying by hospitals and other interest groups that profit from taxpayers’ dollars, leaders in the Legislature are threatening to interfere with executive authority by introducing a bill to cancel a contract with a consultant who told the truth about the damage Medicaid is doing to Maine’s prosperity.

Expanding MaineCare (as Medicaid is called there) will not only burden state taxpayers; it will also increase inappropriate use of emergency rooms, decrease access to care for Maine’s most vulnerable residents, decrease private coverage, and even increase unemployment.

Today, 62 percent of MaineCare is federally funded. For the newly eligible population, the federal government would pay 100 percent of costs through 2016, then drop its contribution to 90 percent.

This offer is understandably tempting. But chasing after federal dollars has always driven states to increase their own spending, not reduce it. This is clearly shown in a thorough analysis of the costs of expanding MaineCare that the state’s Department of Health & Human Services commissioned from the Alexander Group. The Alexander Group is led by Gary Alexander, who succeeded in reducing costs and increasing quality when he reformed Medicaid in Rhode Island.

Maine is in dire need of such sage counsel. Since 1992, the state has spent more on health care for the poor than on K-12 education. Compared to other states, it ranks third in Medicaid spending as a share of the state budget. One quarter of the population is already dependent on this welfare program.

In 2002, Maine expanded coverage for some of the childless adults for which ObamaCare now demands coverage. The results are sobering: The percentage of people under 65 without insurance barely budged from 12 percent in 2003 to 11 percent on 2011. And from 2000 through 2013, spending on MaineCare increased 146 percent, from $403 million to $992 million, while uncompensated hospital care for uninsured patients rose over 200 percent to about $200 million.

Alexander looked at a range of future scenarios. Its mid-point estimate is that expanding MaineCare would impose an extra burden of $807 million on Maine’s taxpayers over ten years.

Alexander’s critics allege that the gusher of federal funds exceeds the cost to Mainers’ themselves. In 2012, Stanley Dorn and his colleagues at the Urban Institute estimatedthat the expansion of MaineCare would increase program spending by more than $3 billion over ten years but would save the state about half a billion dollars due to a decrease in uncompensated care.

But Dorn’s estimate is unsupported by Maine’s history or recent evidence from elsewhere. A few years ago, Oregon expanded Medicaid enrollment by lottery. The latest study of that experiment, published in peer-reviewed Science, reported that Medicaid increased the use of emergency rooms by 40 percent.

Medicaid dependents have very poor access to medical care. Avik Roy of the Manhattan Institute surveys the evidence on indigent care in his recent book,How Medicaid Fails the Poor. His conclusion? Medicaid dependents have worse health outcomes than the privately insured and similar outcomes to the uninsured. Expanding MaineCare to healthier people with higher incomes will make it even less likely that the truly vulnerable will get care ― until they show up in emergency rooms.

As Alexander notes, Medicaid expansion crowds out private insurance, at a rate of about 60 percent. That is why Medicaid does not significantly reduce the number of uninsured: It recruits primarily from those who previously had private coverage.

Maine’s legislators might be able to annul Alexander’s contract, but they cannot cancel the truth: Expanding MaineCare will harm taxpayers and MaineCare’s most vulnerable patients.