There’s no treatment for Alzheimer’s, the most common type of dementia that affects more than five million U.S. citizens. It’s expected to sky rocket to thirteen million within the next thirty-five years. A study released earlier this month indicated it’s a major killer, taking down over 400,000 Americans each year.

There’s no treatment for Alzheimer’s, the most common type of dementia that affects more than five million U.S. citizens. It’s expected to sky rocket to thirteen million within the next thirty-five years. A study released earlier this month indicated it’s a major killer, taking down over 400,000 Americans each year.

There’s not a single examination for diagnosing Alzheimer’s. Your physician can only diagnose potential Alzheimer’s disease following a thorough psychiatric, neurological and medical evaluation, to eliminate all other possible triggers of dementia.

Alzheimer’s disease can’t be confidently diagnosed right up until after death when the brain can be carefully analyzed for some microscopic adjustments attributable to the disease. Even so, through extensive testing and also via a “process of elimination,” physicians today can diagnose potential Alzheimer’s with almost 80 percent accuracy.

Recently, scientists believe identifying a downfall in some sensory functions could become the future of protecting against Alzheimer’s disease, with research demonstrating retinal imaging and smell testing to be powerful predictors of dementia threat.

As the recent 2012 U.S. Neuroscience Conference disclosed, a basic eye test may reveal Alzheimer’s presence. The retina exam has been reviewed before, and it looks like it is a step closer to a probability. The retin, the light sensitive film at the rear part of the eye, is an immediate brain extension. Additionally, it is the only portion of the brain which is readily accessible.

In assessments on mice, cellular levels of the retina were around 48% thinner in animals genetically engineered to acquire Alzheimer’s, in comparison with healthy animals of similar age. The disease is believed to destroy cells within the eyes while killing cells in the brain as well. This indicates it may be achievable to identify dementia via an easy and affordable test at the optometrist. Modifications in the exact retinal cells might also help diagnose glaucoma – which triggers blindness – which is now also seen as a neurodegenerative disease much like Alzheimer’s, the scientists reported. According to Scott Turner, a memory disorders expert at Georgetown University Medical Center, the retina is a brain extension hence it seems sensible to determine if the same pathologic operations present in an Alzheimer’s brain can also be observed in the eye.

Two other scientific studies investigated a smell exam for Alzheimer’s. Once again, early research has indicated that the illness can impact the olfactory areas of the brain. Experts at Columbia University Medical Center tested 1,000 people in New York, with a mean age of 75. All participants had no Alzheimer’s the very first time they were seen in 2005-2006. They were then seen again in 2007-2008 and 2009-2010. They prescribed the same smell exam to their participants and also calculated the size of three key organs –the hippocampus, the thyroidectomy and the entorhinal cortex, which are vital for memory. They also calculated amyloid build up in the brain and prescribed standard cognitive tests. People who obtained lower scores on the test had a slimmer entorhinal cortex and a more compact hippocampus suggesting the brain shrinkage linked with Alzheimer’s may impact smell first.

As you may know, the trigger of Alzheimer’s remains unknown, and there’s currently no cure. Many times, it goes unnoticed for years until finally so numerous cells die that signs and symptoms become progressively prevalent and difficult for patients to disregard. 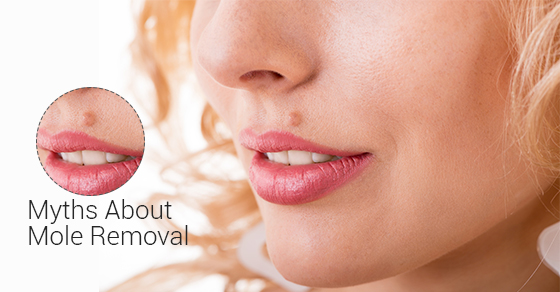 Being in tune with our bodies is critically important. There are often signs when