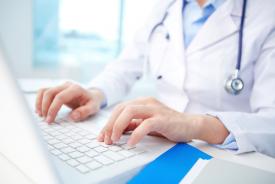 If You Like the Health Wonk Review You Currently Have, You Can Keep It For health wonks, the month of October has been the stuff of legend. Love it or hate it, the implementation of key insurance-related provisions of the Affordable Care Act has been riddled with controversy. First, the health insurance exchange website healthcare.gov encountered a glitch–much in the same way that Apollo 13 encountered a glitch on its trip to the moon.

For health wonks, the month of October has been the stuff of legend. Love it or hate it, the implementation of key insurance-related provisions of the Affordable Care Act has been riddled with controversy. First, the health insurance exchange website healthcare.gov encountered a glitch–much in the same way that Apollo 13 encountered a glitch on its trip to the moon. Then, news trickled out that only 6 people signed up for coverage on day one. Meanwhile, reports rolled in of people obtaining inexpensive coverage through the mostly-successful state operated exchanges. Only to be followed by the news that some 3.5 million people got notified that their current insurance policies were being cancelled and that they would be required to purchase a new policy on the exchange. Consequently, the President got called out for breaking a promise to the American people, giving this edition of the Health Wonk Review its theme.

Just in case you’ve somehow managed to miss the criticisms being hurled at the Obama administration during the most recent botching of ACA implementation, I offer you the words of John Goodman, who writes a post entitled “The Selling of Obamacare” on his NCPA Health Policy Blog:

“As for the president himself, he is a complete enigma to me. I’ve never felt that I understood him. He appears to have looked directly into the TV camera and said something that was blatantly untrue (in the words of Joe Scarborough) “over and over and over and over again.” You have to go all the way back to Richard Nixon to find something comparable.”

That’s one way of looking at things, but it’s certainly not the only way. Over at the Colorado Health Insurance Insider, Louise Norris counters with these words:

“Much has been said recently about how the ACA is causing a tidal wave of policy cancellations, and resulting in people losing coverage that they would prefer to keep.  The frustrating part about this – as has generally been the case with every big uproar about the ACA – is that we’re not really getting a complete picture of what’s going on, and it’s hard to see the reality through all the hype and hysteria.”

Similarly, over at the Health Insurance Resource Center Blog, Maggie Mahar writes about the good news, explaining that while the media is spending lots of time focusing on Healthcare.gov‘s technical issues and warning of disaster or train wreck, they’re overlooking successes in 14 states where “the marketplaces were humming.”

Beyond the world of the exchanges, we still need to be concerned about Accountable Care Organizations (ACOs) and the Medicaid expansion–two major efforts designed to shift the system from volume to value and expand coverage, respectively. On the subject of ACOs, David Muhlestein writes a “Contributing Voices” post on the Health Affairs blog. David offers three potential reasons for the slowdown in ACO growth and concludes that the primary explanation is that there is yet no proven model to follow. He says that a crucial metric for future growth will be the renewal rate for existing ACO contracts: “If organizations are able to realize enough savings that they can remain with their ACO contract, then that is a strong indication to potential ACOs that a viable model exists that can be emulated.”

Meanwhile, Joe Paduda gives a quick update on what states are where with the decision to expand Medicaid, and predicts most will eventually expand Medicaid, because the financials are just too compelling. I tend to agree, but I think the timing of that decision will remain a political issue. As soon as the coast is clear for red states to take the money without looking like they are flip-flopping, they’ll opt-in.

And, before we shift gears, Kelley Beloff writes “You’ve Sold It, Now What Happens” over at the InsureBlog. Kelley is a Certified Medical Office Manager, and she explains the interrelationship between co-pays and EMR, and how patients can be their own best advocates.

But not everything in health policy involves health insurance. There are other issues with access to care that need to be seriously considered, and that the ACA does very little to address. At the Health Business Blog, David Williams asks whether or not veterans have timely access to mental health care. According to David, lots of veterans are not getting mental health appointments within 2 weeks according to data from the VA. No one  knows how this compares to the access available to the general population, because there is no systematic tracking of appointment wait times. That’s in contrast to socialistic systems like the UK, where a great deal of data is published on wait times.

There’s also confusion in Medicare according to David Wilson of Innovative Health Media. Wilson writes about how Medicare’s Annual Wellness Visit (AWV) is confusing patients all around the country. He discusses what to expect from an AWV, and how you and your physician can use it to maximize your health.

On the supply side, Peggy Salvatore writes about the Challenges of Healthcare Training in an Uncertain World over at the Healthcare Talent Transformation blog. According to her, virtually every executive in a hospital system, a pharmaceutical, biotech or device manufacturer, or a health insurance company is trying to read the tea leaves and come up with a plan for staffing, purchasing, customer demand, vendor pricing, building and maintenance and long-term infrastructure. But all of this planning is occurring within the framework of an uncertain regulatory and reimbursement climate.

Also on the supply side, Roy Poses, who writes at Health Care Renewal, takes a look at the University of Pittsburgh Medical Center’s attempt to, in his words, “Make its employees disappear.” In his post, Roy asserts that “true health care reform would require both more leadership accountability and less power concentrated in large health care organizations.” I think he might be onto something…

Sometimes we also do things like get excited about health information technology and the potential to revolutionize the way we deliver care. In that arena, both David Harlow and Jaan Sidorov delve into health apps. Harlow writes about how mobile health apps will not realize their potential unless they can reliably engage patients. He asserts that developers should enlist patients in the effort and patients should be able to share data about their experiences as freely as they like. Sidorov reviews a recent peer-reviewed JAMA articles on health apps and goes a few steps further with some interesting insights of his own.

For the really big picture, we turn to Jason Shafrin, the Healthcare Economist, who provides a nice post on physician visits in Germany. In his post, Jason answers questions like: “How does the German government pay physicians to care for patients?” “Will a recent reform reduce access?” “And what does this tell us about the future of the Affordable Care Act in the U.S.?”

Lastly, in worker’s comp, controlling medical costs is critically important, but is a single-minded focus drowning out some of the management basics and letting employers off the hook? In Back to the Future, Tom Lynch of Workers’ Comp Insider reminds employers that they need to be in the driver’s seat to truly manage their workers comp program.