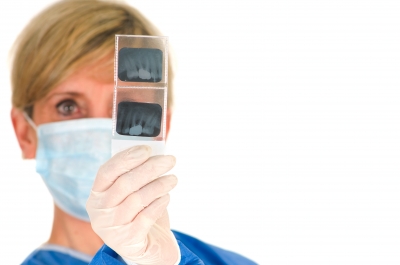 Physicians have long been used to working within the framework of the Stark Law. This 1989 legislation placed restrictions on the ability of doctors for self referrals, for Medicare and Medicaid patients, and to refer for advanced diagnostic imagery to institutions in which the physician had a vested financial interest. In response to criticism of the legislation, several exceptions were introduced to include, among other things, in-office ancillary services.

With the release of President Obama’s 2014 Fiscal Year (FY) budget proposal, it looks as if those exclusions would largely be closed under current funding recommendations, which may have an impact on radiology billing practices.

Although the proposed budget does not target specific reductions to current reimbursement formulas, it does formulate recommendations that would seek to remove the exclusion provisions under the Stark Law. Specifically speaking, the self-referral of advanced diagnostic imaging radiation therapy and physical therapy would be removed from the list of available exclusions.

These new strictures are found in the program integrity/efficiency provisions of the budget that provides $640 million towards the implementation of cost saving measures. These includes plans to reduce payment error rates, prevents fraud and abuse, and enhanced civil and criminal penalties for those convicted of abusing the system.

Additionally, these provisions will require that physicians gain prior authorization of advanced imaging services, and it will allow the Secretary of Health and Human Services to create a framework to evaluate practitioner’s orders for unspecified high-risk procedures.

According to estimates released by the president’s Office of Management and Budget (OMB), the $640 million expenditure will result in governmental savings of $2.14 billion over the first five years, and a $6.05 billion savings over the course of the next decade.

At this point of the process however, there is much ambiguity for what these provisions might hold for the future of radiology billing.

Among other uncertainties, regarding self-referrals, the budgetary language allows for possible continued exceptions, “in cases where a practice meets certain accountability standards as defined by the Secretary.” Unfortunately, there are no further details available to clarify this wording at this time.

Since we all understand that a budget proposal is simply that, a proposal, it would probably be too soon to begin counting on physician practices shutting down any in-office ancillary services just yet. In particular, the sections regarding self-referrals are not binding legislation and a great deal of negotiation will occur prior to any final document emerging from Congress. As such, the impact on radiology billing practices is cloudy at best. Clearly however, the topic is on the table and worthy of continued close scrutiny as it moves through the budgetary process.