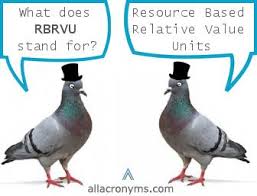 When it comes to the financial bottom line, medicine has evolved to be a business.

When it comes to the financial bottom line, medicine has evolved to be a business. While this certainly creates a host of difficulties, it also means that those who are charged with monitoring the overall financial success of an organization are privy to the use of standard business models for assessing productivity- particularly where physician productivity is concerned.

Since we are moving toward value-based payment models for physician compensation, finding a way to assess and track physician’s productivity is one of the most pressing issues for healthcare organization’s in this time of great reform. However, how productivity is measured is going to vary grately depending on the size of the organization, the demographic of patients treated, and what the financial benchmarks will be during a given fiscal year.

For instance, if your organization is measuring physician productivity based on how many patients a doctor sees per day, it needs to take many relativities into consideration. If you compare a primary care physician with a small practice to an ED physician, you are unlikely to see a day when the PCP sees more patients than the bustling ED physician – but is that really a fair and accurate measure of productivity? However, within your organization, if you stack doctors up against those in like-practice, thinking that you can judge productivity on numbers alone, you run into the trap of complexity of care – even within the same speciality, practices may be saddled with patients in varying degrees of medical complexity – and even that will change over time within the same patient!

The other fact to consider is efficiency – if one physician sees ten patients in two hours and the other sees five patients in one, then they are equally efficient. But tracking productivity and efficiency doesn’t necessarily track, perhaps, the most important care measure: quality.

A physician may be extremely efficient and productive – but if the quality of the care they provide is poor, it likely doesn’t matter to the patient if they are timely. A physician who sees ten patients in an hour has probably spent very little time with each patient and probably has not addressed all, if any, of the patient’s concerns.

One manner by which physician productivity can be measured is by tracking the amount of time a physician works in a single day, and then subdividing those hours by the type of work being done. If a physician clocks ten hours, how many of those hours were spent on seeing patients? How many hours on documentation or administrative duties? If a physician is spending far more time on documentation than seeing patients, perhaps the workflow of the practice needs to be addressed, or, the EMR in use remains mysterious and has not yet been fully grasped. Likewise, if the physician sees many patients but the documentation is lacking, then no one will be getting paid for the time spent.

Another measure, one that is a relatively new player in the healthcare game, is Relative Value Units, or, RVUs. This deals somewhat with the aforementioned concerns about relativity when it comes to the complex care requirements of one physician to another, or even, one patient to another within a single practice.

RVUs attempt to suss out the relative level of difficulty in performing certain tasks, or, the amount of work involved in relation to other tasks common to most physicians. Medicare and other third-party payors use the The Resource-Based Relative Value Scale to determine RVUs. Considerations when selecting the scale of RVUs are typically:

Factoring in the presence and stress of iatrogenic risk is important- we know that many providers in recent years have been made to feel that they must practice medicine with the intent to avoid lawsuits, rather than improve the health and wellbeing of patients. Because the risk of malpractice is present even in the best of times and the most routine procedures, it is worth reiterating the importance of solid and supportive clinical documentation. The RVUs assigned, then, are relative not to the payors, but to the physicians themselves – and takes into consideration the unique concerns affiliated with practicing medicine, rather than the subtleties of paying for it.

RVUs, hopefully, will continue to move the focus away from the dollar bottom line and return the scope of concern in medicine and healthcare back to patient care. While they are imperfect, and are far from being a polished and refined measure of productivity, they are arguably a step in the right direction and have provided a much-needed jumping off point for the future of physician compensation models.