A new year means it is time to turn a new leaf. However, in the medical imaging world, this leaf may not be as new as we think. In 2013, many trends, topics, and ideas became part of the industry’s vernacular: multidisciplinary teams, big data, tomosynthesis, etc. While these trends gained traction through highly publicized research, 2014 will be the year of implementation.

A new year means it is time to turn a new leaf. However, in the medical imaging world, this leaf may not be as new as we think. In 2013, many trends, topics, and ideas became part of the industry’s vernacular: multidisciplinary teams, big data, tomosynthesis, etc. While these trends gained traction through highly publicized research, 2014 will be the year of implementation.

Last year marked the time when certain trends were shown to have benefits, and this year will be the time when these ideas are put into practice among a larger portion of the industry. The following five trends are what we expect to see implemented widely throughout 2014, and we will be looking forward to measured results, analyses, successes throughout the year and into 2015.

Multidisciplinary Teams: This has proven to be a major benefit for healthcare organizations across the world, and a necessity for those working in radiology who want to emerge from the darkness. In a post from 2013, Dr. Marc Zins, Department of Radiology, Hôpital Saint-Joseph, explained the numerous benefits his multidisciplinary team provided: The quality of the communication throughout the department improved immensely, the department became better organized and have implemented new processes and protocols that have improved efficiency, it has become easier to sustain quality time, and better communicate metrics to members across the team. If radiologists want a more prominent role within their organizations, then forming and joining multidisciplinary teams is a must.

Tomosynthesis: This was a popular topic at RSNA 2013. There was a great deal of research presented that demonstrated the benefits of tomosynthesis and how it can improve diagnoses. We conducted a study in collaboration with the University of North Carolina School of Medicine that showed the feasibility of a stationary chest tomosynthesis system, and how it had the ability to improve image quality and enhance detection of small lung nodules and other chest pathology. Additional research presented at RSNA 2013 showed that the degree of visibility vastly improved using tomosythnesis, a higher percentage of the cancers were more definitively characterized as masses compared to asymmetries when using tomosynthesis for diagnosis, and when compared to conventional radiology, tomosynthesis allowed for increased cancer detectability upon screening. This was because of its improved visibility and the precise morphology of cancers allow for a better lesion diagnostics in initial imaging. It’s being proven over and over how beneficial 3D imaging can be, and look for more healthcare facilities to put this technology in place in 2014.

Reporting/Data: The idea about providing better reporting and data collection for radiologists is that it leads to better decision making and improves the patient’s understanding of their images. The implementation of better reporting tools would influence much of the decision making being done by radiology departments today. Data is becoming more and more valuable, and when it is brought into the decision-making process, it results in clearer, more appropriate actions being made that benefit the patient, department, and healthcare organization as a whole. Reporting software has the ability to reduce errors, improve productivity with automatic inclusion of data from modalities, embed clinically rich insight such as key images and multi-media content, quantitative analysis, or lesion management graphs into the final report. With these capabilities, the radiologist has access to a wealth of vital information that can be used for improved diagnoses.

Image Storage & Access: According to Frost & Sullivan, the amount of storage volume needed to house medical images has more than tripled since 2005, and it is projected to double in the next five years. A statistic like this is quite daunting. Data is everywhere. It is being created and consumed at exponential rates, and it is the job of healthcare facilities to properly store the images, and simultaneously ensure that they are accessible for the appropriate people. Security of these images is a necessity because of HIPPA regulations.  The ease of access is becoming even more of a necessity as not only medical professionals need these images and data, but more often patients are demanding access to their images too.

Patient Engagement: This topic has been a hot item for the past couple of years due to the prominence of EHRs, but now radiology is becoming invested in this arena. Medical images are becoming a more important component of the EHR, and the portals are serving as the access point for patients to view and share these images. In a study we conducted with IDR Medical in 2013,we found that 79% of patients would be more likely to return to a facility that offers online image portal and 76% indicated they would recommend the facility to others. In the end, 83% of those surveyed said that they would use a patient portal to access and share their medical images—a sign that this is a need that healthcare organizations should be providing.

These are not the only trends that will be popular in 2014, but are certainly among the most prominent. This year is going to be a year of action. We have passed the testing phase and now must move into implementation if the benefits of newer technologies are to be realized. It is going to be another exciting year for healthcare and medical imaging. 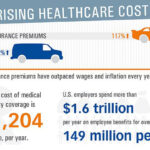 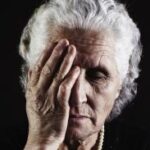