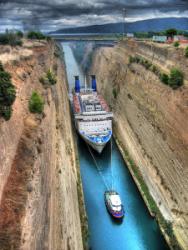 Narrow Networks: Get Used to It Many health plans unveiled “narrow network” plans recently as part of the Affordable Care Act. These plans cover a limited number of doctors, hospitals and other providers and often pay nothing for out-of-network coverage.

Many health plans unveiled “narrow network” plans recently as part of the Affordable Care Act. These plans cover a limited number of doctors, hospitals and other providers and often pay nothing for out-of-network coverage. Predictably, some members are upset as documented today by Kaiser Health News (Limitations of New Health Plans Rankle Some Enrollees.)  Some consumers are upset that they can’t see specific doctors who they may have seen in the past and that the list of available providers isn’t terribly long.

Insurance commissioners and lawmakers are hearing complaints and some are considering taking action. And while it definitely makes sense for regulators to take an interest in network adequacy and to prevent abuses, in my view narrow networks have become a crucial part of healthcare affordability and need to be maintained.

Here’s why they’ve become prevalent: The Affordable Care Act prevents health plans from using many of their traditional tools for limiting costs. They can’t reject sick or high-risk patients, can’t charge them more, can’t cap annual or lifetime benefits, and have to provide a set of proscribed services. At the same time, the plans are subjected to apples-to-apples comparisons on health insurance exchanges by price-sensitive buyers. The result is that plans take the main remaining step they can to be control costs: limiting their networks to providers willing to accept lower reimbursement rates.

Most shoppers care mainly about price so this is a very sensible approach for the health plans. And for many customers it’s a way to afford insurance that provides a wide array of benefits. In some markets (including Massachusetts) narrow network products that exclude the highest priced, largest healthcare systems provide very substantial discounts while still delivering high quality providers.

Narrow networks are becoming increasingly important. In 2010, before the Affordable Care Act, I wrote Narrow networks. Nice idea but no panacea. I listed six reasons why such networks were having a limited impact. Some of these factors are still present, but others are less prominent. For example, the development of integrated delivery networks mean that health plans can contract with these larger entities and get essentially all the providers they need, the emergence of risk-sharing through ACOs and similar arrangements aligns incentives, and in general there is more price sensitivity. At least a few provider organizations are now positioning themselves as value players, ready to address an emerging market segment.