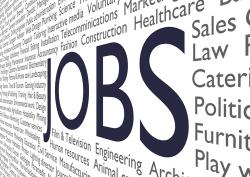 A primary criticism of the Affordable Care Act is that it creates incentives for employers to hire fewer full-time employees.

A primary criticism of the Affordable Care Act is that it creates incentives for employers to hire fewer full-time employees. One of the House’s attempts to repeal the ACA even referenced it as the “job-killing healthcare law.” It’s true that there are some provisions in the ACA that employers may exploit in order to minimize the cost of doing business. At the same time, it’s also true that the ACA protects employees’ access to health insurance in some very important ways that didn’t exist previously, like mandating large employers with more than 50 full-time equivalent employees to provide affordable insurance to their employees, subsidizing the purchase of insurance for small businesses, and creating other insurance options for employees (besides those their employers may or may not offer) on the health insurance marketplace.

But the latest round of controversy has erupted over the Congressional Budget Office’s February 2014 Budget and Economic Outlook for 2014 to 2024. Buried in Appendix C of that report is a summary of the “Labor Market Effects of the Affordable Care Act.” The report says that “the ACA will reduce the total number of hours worked, on net, by about 1.5 percent to 2.0 percent during the period from 2017 to 2024, almost entirely because workers will choose to supply less labor–given the new taxes and other incentives they will face and the financial benefits some will receive.” (emphasis mine)

The report continues: “The reduction in CBO’s projections of hours worked represents a decline in the number of full-time-equivalent workers of about 2.0 million in 2017, rising to about 2.5 million in 2024. Although CBO projects that total employment (and compensation) will increase over the coming decade, that increase will be smaller than it would have been in the absence of the ACA….The estimated reduction stems almost entirely from a net decline in the amount of labor that workers choose to supply, rather than from a net drop in businesses’ demand for labor, so it will appear almost entirely as a reduction in labor force participation and in hours worked…rather than as an increase in unemployment.” (again, emphasis mine)

Those who think that the ACA is bad for business have seized on this report–specifically the projected decline of 2 to 2.5 million full-time-equivalent workers–to claim that their concerns about the “job-killing healthcare law” have been vindicated. But, as the emphasized portions of the quotes above show, that’s not the real story. The real translation is that the workforce will grow at a slower rate because some people will choose not to work as much. There is more than one reason why that may be an attractive choice.

First, as with any benefit involving a subsidy on a sliding-scale, there can be a disincentive to earn more income. In other words, a low-income person may find that they receive a larger subsidy if they work a few less hours each week. If the increase in the subsidy is larger than the amount of income foregone, it makes sense to work fewer hours. A similar principal is at work for those at or near 138% of the poverty level in states that have elected to expand Medicaid coverage.

Second, some people only continue to work in their current job because they need health insurance benefits. This is the phenomenon of “job lock” that is particularly unique to our American employer-based health insurance system. Under the ACA, individuals now have more choices. They can quit their jobs, change jobs, or switch from full-time to part-time and still access subsidized coverage through the health insurance marketplace. Yes, that’s right. There are employees who, for a variety of reasons, will welcome the opportunity to scale back their hours now that it doesn’t mean losing their health insurance. Maybe they have a child or an elderly parent at home to whom they provide care. Maybe their spouse is the primary bread-winner, but works at a job that doesn’t provide health insurance benefits. There are a variety of possibilities.

None of this means that employers won’t take measures to scale back their hiring, but that’s simply not the full story. I think it’s a good thing for us to break some of the long-standing ties between health insurance coverage and employment. After all, do we really want to live in a country where losing your job means losing your access to basic health care services? Of course, others disagree with me, and their points are valid. But, the next time you hear someone telling you that the CBO says that ObamaCare kills jobs, you can send them a link to this post and tell them what the CBO report actually says.