Talk about a downer.

Talk about a downer.

Persons who live to an older age are more likely to be disabled near the end of life and require the assistance of a caregiver to complete the activities of daily living, and disability was more common in women than men two years before death, according to a report published by JAMA Internal Medicine.

The population of U.S. adults older than 85 years is expected to triple from 5.4 million to 19 million between 2008 and 2050. While many people do live into their eighth and ninth decades independently and free of disability, the end-of-life course is increasingly likely to be marked by disability, according to the study background.

Alexander K. Smith, M.D., M.S., M.P.H., of the University of California, San Francisco, and colleagues used a nationally representative sample of older Americans to determine national estimates of disability during the last two years of live. Disability was defined as needing help with at least one of the following activities of daily living: dressing, bathing, eating, transferring, walking across the room and using the toilet. The study included 8,232 decedents whose average age at death was 79 years. Of the decedents, 52 percent were women.

“Our data do raise the question of whether it makes sense to sell the public a view of aging that purports that it is reasonable to expect to both live a long life and remain free of disability throughout life. Our findings add to the evidence that those who live to advanced ages will spend greater periods of time in states of disability than those who die at younger ages,” the study concludes.

Makes you feel good, huh? Well, I contend that when many of the boomers get to this point, modern medicine will have intervened. In any case, don’t fret too much. Just keep doing the right things I and others preach about in terms of preparing for a quality aging experience. 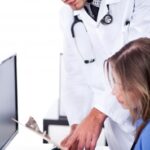 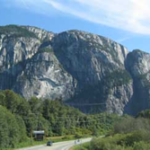