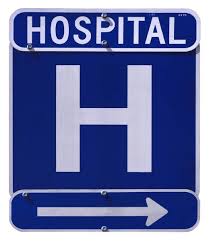 Preventable Mortality Down in Hospitals by 17% Even though the Accountable Care Act has only been on the scene for many since Obama signed it into law back in 2010, the idea of accountable care vastly predates the law itself. The Clinton Administration had taken a similar model to Congress in the 90s, which was almost immediately denied, in part because the market wasn’t prepared for a payment reformation. Of course, not that it was any more ready come the 2000s, when the United States entered into a period of, in recent decades anyway, unprecedented economic recession. Still, the ACA went ahead and so too did the expectations placed on hospitals, providers and patients within the healthcare market.

With the ACA came, initially anyway, a recommendation that providers reform payment right along with their procedural reform. Part of the reasoning, of course, was quite simply that these two aspects interplay with one another almost constantly, and as such, would be likely to evolve along a similar trajectory. There was, unfortunately, somewhat of an obvious loophole within the ACA that allowed providers to opt out of such a simultaneous evolution, which turned out to be massively counter-productive.

Mergers & Acquisitions Up – But Not Necessarily A Good Thing.

The discord within the healthcare market allowed more mergers and acquisitions to take place than had in recent years, which cost the market a serious edge in competition. As would be true in any economic model, when the competition is thwarted, prices rise and not necessarily in concordance with quality and efficiency.

So, while the aim may have been for providers to provide high quality care at lower costs, the reality was far more disjointed and willy-nilly. Some providers were pursuing this end – and rather enthusiastically so – but there was an entire other population of healthcare organizations that were not; or, were trying and not succeeding. Either way, the gap widened and the disparity between them dragged the entire system down.

What Happens When the ACA Doesn’t “Take?”

While it’s obvious in some cases why healthcare systems don’t succeed with implementation – be in money or morale – in other cases it’s not obvious at all, and the seemingly unpredictable nature, the “will it take?” feeling of the ACA, is an enormous cause of anxiety and stress for today’s healthcare leaders. Of course, it would stand to reason that if healthcare as a whole shifts its focus to patient needs and desires, they really can’t go wrong – right?

EMRs, Patient Navigators and The Future.

By embracing technology, staying relevant to today’s fast-paced world and enlisting the help of social workers and “navigators” who are, essentially, professional healthcare road-map readers for patients – liaisons between patients, payors and physicians as it is – healthcare systems only stand to better themselves. Providing higher quality care will bring in more patients, which will increase revenue.

In addition to simply luring in more patients and capitalizing on a demographic, recent research seems to imply that on the whole, we’re making steady progress in improving the quality of our care all around – one study shows that from 2010 to 2013, the rate of preventable mortality in healthcare went down by 17% – half of that reduction occurring form 2012-2013. Included in these measures? Hospital acquired infections and UTI’s, adverse medication effects and pressure ulcers. In large, the improvements might be attributed to the use of electronic medical records which allow a patient’s healthcare to be closely followed by all who are involved in the care team. As the nursery rhyme goes, through, when it’s good it’s very, very good, but when it’s bad, it’s horrid. As some will tell you, the shift to a fully electronic record has not been without its SNAFUs, but if this new data tells us anything, it’s that having a more accurate record – and having the information contained therein have a more patient-centered approach, certainly is making the process better for patients.

Whether or not we’re making it better for physicians is another question entirely.