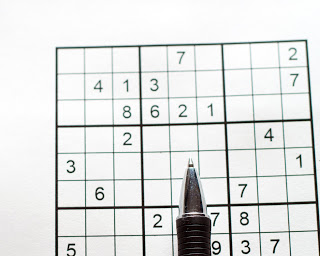 One of the lessons I share from my elder friends about living a quality life is the notion of lifelong learning. I have published numerous blogs on the positive effect that brain stimulation has in keeping dementia and Alzheimer’s at bay. Here’s another one.

New research suggests that reading books, writing and participating in brain-stimulating activities at any age may preserve memory. Research published in Neurology®, the medical journal of the American Academy of Neurology, studied 294 people who were given tests that measured memory and thinking every year for about six years before their deaths at an average age of 89. They also answered a questionnaire about whether they read books, wrote and participated in other mentally stimulating activities during childhood, adolescence, middle age and at their current age.

After they died, their brains were examined at autopsy for evidence of the physical signs of dementia, such as lesions, brain plaques and tangles.
People who participated in mentally stimulating activities both early and late in life had a slower rate of decline in memory compared to those who did not participate in such activities across their lifetime, after adjusting for differing levels of plaques and tangles in the brain. Mental activity accounted for nearly 15 percent of the difference in decline beyond what is explained by plaques and tangles in the brain.
The study found that the rate of decline was reduced by 32 percent in people with frequent mental activity in late life, compared to people with average mental activity, while the rate of decline of those with infrequent activity was 48 percent faster than those with average activity.

“Our study suggests that exercising your brain by taking part in activities such as these across a person’s lifetime, from childhood through old age, is important for brain health in old age,” said study author Robert S. Wilson, PhD, with Rush University Medical Center in Chicago.

“Based on this, we shouldn’t underestimate the effects of everyday activities, such as reading and writing, on our children, ourselves and our parents or grandparents,” said Wilson.