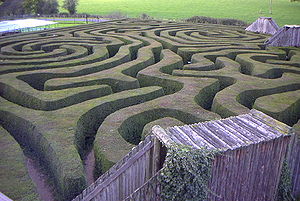 Reduce Hospital Readmission Rates or Else!

by Michael Kirsch 6 min read
I attended a medical staff meeting recently.  These are required meetings and attendance is taken, as was done when we were in kindergarten.   While some folks are interested in these meetings’ content, many are not and simply sign the attendance sheet and then slither out in a stealth fashion.   Sly doctors grab their pagers and then leave hurriedly pretending that they were summoned to an urgent medical situation, when they are actually heading for Starbucks.
One of the community hospitals I attend initiated a dastardly procedure when administrators would not post the attendance sign-in sheet until the conclusion of the medical staff meeting.   Under the threat of picketing, a massive walk out, letters to the local paper and other unspecified measures, the evil decree was rescinded. Who says that physicians have no power today?
Sadly, most of these meetings have nothing to do with making us better doctors.  The agendas are full of medical coding and billing issues. Hospitals are hyperventilating over an increasing burden of mandates issued from Mount Medicare to preserve reimbursement.   At present, if physicians and hospitals somehow make it through the labyrinth of hoops intact, they will accrue a very modest increase in revenue.  In the near future, failure to comply will result in punitive financial confiscation. Physicians who make it through get paid more.
Every hospital is armed with utilization personnel that are trolling through the wards scouring charts trying to verify that the medical documentation supports the highest reimbursement possible.  I don’t fault the hospitals for this.  We follow a similar path in our office.  The hospital hoops we are forced through are described as a palladium to protect patients, although I continue to argue that the motivation is to control costs.
This blog has several posts that argue that the government’s Pay-for–Performance initiatives are scams that ironically decrease medical quality, rather than enhance it as promised.
At this recent medical meeting, the speaker was instructing us that if patients with certain diagnoses are discharged and then readmitted within 30 days, that the hospital would be financially penalized.  Obviously, there are many legitimate reasons that a sick patient would need to be re-hospitalized within a month, but this issue warrants a separate blog post.
Here’s what I learned.   If a patient returns to the emergency room within 30 days of a hospital discharge, all personnel will be notified that this is a ‘patient of interest’ (my term).  Every effort will be made to choose any pathway, except admission, for reasons unrelated to medical quality.  In fairness, once patients are discharged, medical professionals will stay engaged with them to verify they are complying with medical appointments and medications which should prevent disease recurrence and readmission to the hospital.
I found it galling that strong effort would be undertaken to restrict admission of only those who were recently discharged from the hospital.  Shouldn’t stringent hospitalization criteria be used for every patient seen in the emergency room?  Is it a wonder why cynicism is metastasizing widely?
This is but a single example of how the medical profession is being forced to game the system to comply with a punitive financial penalty system that is poorly disguised as a medical quality initiative.  Hospitals are ‘teaching to the test’ so that they and physicians look good on paper so more cash will trickle in.  However, medical quality means more than checking off certain boxes required by an army of officials who don’t practice medicine.
The public would be horrified how much time and resources are devoted to feed this bureaucratic beast.   Is any of this making me a better doctor?  This is easy to determine.  Let me see if this box is checked off. 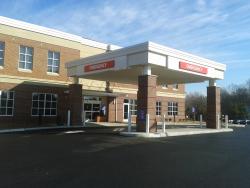