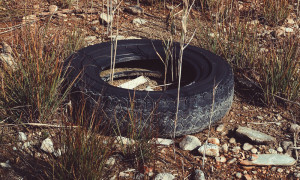 All Payor Claims Databases: ERISA Pre-emption and the Tragedy of the Commons The Supreme Court handed down its decision in Gobeille v. Liberty Mutual on March 1, holding that ERISA pre-empts Vermont’s all-payor claims database statute to the extent that it relates to self-insured plans.

The Supreme Court handed down its decision in Gobeille v. Liberty Mutual on March 1, holding that ERISA pre-empts Vermont’s all-payor claims database statute to the extent that it relates to self-insured plans. In other words, self-insured health plans (provided by large employers to 93 million covered individuals nationwide as an alternative to insurance … though they are generally administered by health insurance companies) are not required to participate in state-level health data collection efforts, even though “APCD data about health care use and cost can contribute to effective policy decisions.” (RWJF Primer on APCD Basics.) About twenty states have APCDs in place and about another dozen or so have them in the works — but they can no longer collect information on close to 1/3 of Americans.

As any health policy wonk will tell you, APCDs are valuable instruments of change, because they allow a view behind the curtain that is generally available only with respect to Medicare beneficiaries. While that data is useful it is obviously not as representative of the broader population as data regarding tens of millions of working adults and their dependents. Vermont’s law (like other APCD laws)

is designed to help identify health care needs and inform health care policy, evaluate the effectiveness of intervention programs on improving patient outcomes, compare costs between various treatment settings and approaches, determine the capacity and distribution of existing resources, and provide information to purchasers of healthcare.

(Interestingly, one must read the dissenting opinion to find this excerpt from the Vermont statute; the majority opinion is a mechanistic exercise in ERISA pre-emption without delving too deeply into that which is being pre-empted. It seems to overstep one of the precepts of ERISA pre-emption jurisprudence: “avoiding the clause’s susceptibility to limitless application.”)

The essence of Liberty Mutual’s argument in support of pre-emption is that it is just too darn hard to deal with multiple state regulatory schemes and file information that is similar, but not exactly the same, above and beyond the filings that self-insured plans must submit to the U.S. Department of Labor. Interesting claim … particularly in light of the fact that these filings are being made by plan administrators on behalf of self-insured plans, mostly on an automated basis, in about twenty states, and Liberty Mutual had to instruct BCBS of MA (its TPA) to stop making filings on its behalf while it continued to so do on behalf of other clients.

Justice Breyer’s concurring opinion noted that Treasury, Labor and HHS said they were considering rulemaking under the ACA that would require health plans to make more detailed filings about various aspects of plan administration. He suggests that Labor could promulgate reporting requirements by regulation, and call for information that states want, and delegate information collection duties to the states.

Those are a lot of steps, and a lot could go wrong — or these steps might never be taken at all.

The dissenters take what sounds to me to be a more rational view of the case: ERISA reporting by plans to the Department of Labor “relates to” the plans themselves, their solvency, their ability to deliver benefits to their members when needed. Reporting to APCDs relates to cost and quality of health care services, which is something else entirely. (Frankly, since Liberty Mutual’s issue is not that its ERISA sensibilities were offended, but that it does not want to engage in additional reporting, it is entirely possible that if the regulations described in Breyer’s opinion were promulgated, another challenge could be brought regarding the authority of the agencies to develop such rules — since, as observed in the dissent and noted above, TPAs seem to have figured out how to do the requisite reporting into APCDs pretty easily.)

It’s the tragedy of the commons. The Court, the states, the federal agencies will all wait for someone to step up and lead … and it is quite possible that nobody will. It is also likely that self-insured plans will not participate voluntarily in APCD data collection going forward. Each will save some money by not going through the exercise of reporting, but all plans (ERISA plans and others) and all states (acting as Medicaid funders, and as employers providing insurance to their employees and dependents, and as fifty laboratories trying to get health reform right), and all of us, ending up unable to leverage the tremendous amount of data that should be available to us all to improve health care delivery and payment systems in this country.

The APCDs are being used for good — a key tool in state efforts to control cost and quality of health care services. If they become a shell of their former selves, as they must following this decision, who loses? We all do.