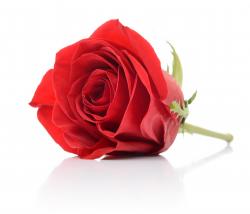 Researchers Seek Link Between Your Health and Your Surname What’s in a name? For those who believe in nominative determinism, which suggests that people feel compelled to enter a particular profession based on their surname, well, your very future is in your name.

What’s in a name? For those who believe in nominative determinism, which suggests that people feel compelled to enter a particular profession based on their surname, well, your very future is in your name. A set of researchers based in Dublin set out to prove that your health is also contained within your name — and if your last name happens to be “Trust,” they just may have accomplished this.

Right on time for a little Christmas cheer, the British Medical Journal offers us a new study that begins with the authors gravely hypothesizing that people with a last name of “Brady” would have a higher incidence of bradycardia (slow heart rate). First they scoured online residential telephone listings to determine the number of people in Dublin with the surname Brady. Then, because the prevalence of bradyarrhythmia is unknown, they used pacemaker surgery as an indication of bradycardia. Accessing the pacemaker database at a university teaching hospital in Dublin, they calculated the proportion of pacemakers implanted in patients named Brady over 61 months up to February 2013.

And what did they find? They discovered 579 Bradys listed in the phone directory as well as 1,012 total pacemakers fitted at the teaching hospital during their study period. Even more, they determined that eight devices (or 0.8 percent of the total) were implanted in patients named Brady. The proportion of pacemaker recipients among Bradys (1.38 percent), then was significantly higher than among non-Bradys (0.61 percent).

Yet the researchers were not completely satisfied with their results as they discovered a high percentage of male patients in the Brady pacemaker group to be noteworthy. “It suggests that the effect of the name Brady on your conduction system is likely only to be seen in people born as Brady rather than those who become Brady when they get married,” wrote the authors in their study. “Indeed, the number of true Bradys with pacemakers may have been underestimated, because female patients with pacemakers whose maiden name was Brady were not determined in this study.”

In conclusion the authors speculated that “further research could include investigating increased rates of obesity in the Fatt family or depression in people whose surname is Lowe. We believe that this finding could have an important role in public health medicine, and screening programmes that are name specific could be developed for families at risk.” Surprisingly, not one of the researchers is named Murth.