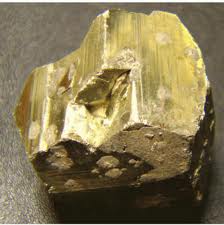 Science for Sale: The Very Sad Case of Medtronic’s “Infuse”

My husband, an MD, PhD-type and I rather smugly told him we couldn’t possibly promote his ideas on our website unless he subjected his products to rigorous clinical trials.  Publication of the results of those trials in peer-reviewed journals are, after all, the gold standard.

Fast forward to the next day, October 25, 2012.   I am catching up on my email while eating lunch at the Tel Aviv Hilton when this headline on MedPage Today smacks me in the face:  Senate Investigation: Millions Paid for Positive Spin on Spine Fusion Product.   It is a story about Medtronic exerting undue influence (to say the least) on publications about its bone growth product, bone morphogenetic protein-2, whose brand name is “Infuse.”

According to the MedPage Today story, written by John Fauber, a reporter with Milwaukee Journal Sentinel & MedPage Today,

”Medtronic employees, including some working in the company’s marketing department, covertly collaborated with the academic physician authors in producing 11 different papers between 2002 and 2009.”

Evidently, Medtronic employees were editing and in some cases writing parts of  papers that were published in important peer-reviewed journals, even to the point of obfuscating important data that might have been viewed as unfavorable to the product:

“An email indicated that a Medtronic marketing employee, Julie Bearcroft, was involved in editing a 2005 Journal of Bone and Joint Surgery article and recommended against publishing a complete list complications related to the structural integrity of the fused area.  Those complications — known as implant migration, subsidence and end-plate fracture — had been observed in a clinical trial and had been formatted in a detailed table, according to an internal Medtronic email. But, following the advice of Bearcroft, that table was not included in the published paper.”

Not only that, but the so-called authors of the papers in question were making millions of dollars from their affiliation with the company:

“”The lead author of the paper, Ken Burkus, MD, a Columbus, Ga. surgeon, sent a draft of the paper to his co-authors with the note, “this manuscript documents the superiority in clinical and radiographic outcomes with (Infuse)…” Burkus, who got $6.4 million from Medtronic between 1998 through 2010, did not respond to an email seeking his comment.””

The article states that,

“Over the course of 15 years, Medtronic paid $210 million to a group of 13 doctors who co-authored the series of now-repudiated papers about the product. The payments also included two corporate entities associated with some of the doctors.”

“Medtronic vigorously disagrees with any suggestion that the company improperly influenced or authored any of the peer-reviewed published manuscripts discussed in the report, or that Medtronic intended to under-report adverse events…”

Well, what would you expect them to say?  “Hey, it’s only business [really, really big] business.” This type of story, sadly, is not new.  Pharma and medical device companies have been helping to write articles for publications for years.  Remember, the Neseritide story?  But what is so distressing is not that it happened, but that it keeps on happening.  And, that it is endangering the integrity and reputation peer-reviewed publications, with the distinct possibility of transforming the gold standard into fool’s gold.

Hey guys, these are just any old products.  They are products that can harm people or, at a minimum, do not help them.  In addition, millions of health care dollars are wasted paying for professionally hyped products that could be used to provide more effective, safer, and in many cases, less expensive treatments to many thousands of patients.

I realize that the word “regulation” is a dirty word in the highly charged atmosphere of a tightly contested election season.  But how else are we going to fix this problem? Clearly, industries as lucrative as medical devices and big pharma have proven themselves incapable of policing themselves.  An unfettered market may be good for profits, but, in my opinion, is not good for patients.  Regulation, independent oversight, financial and criminal penalties need to be brought into play so that companies tempted to cross the line will know there are consequences.

If you have a better idea about how we can curb these type of abuses, I would love to hear it.

The full text of the article under discussion can be found on MedPage Today.